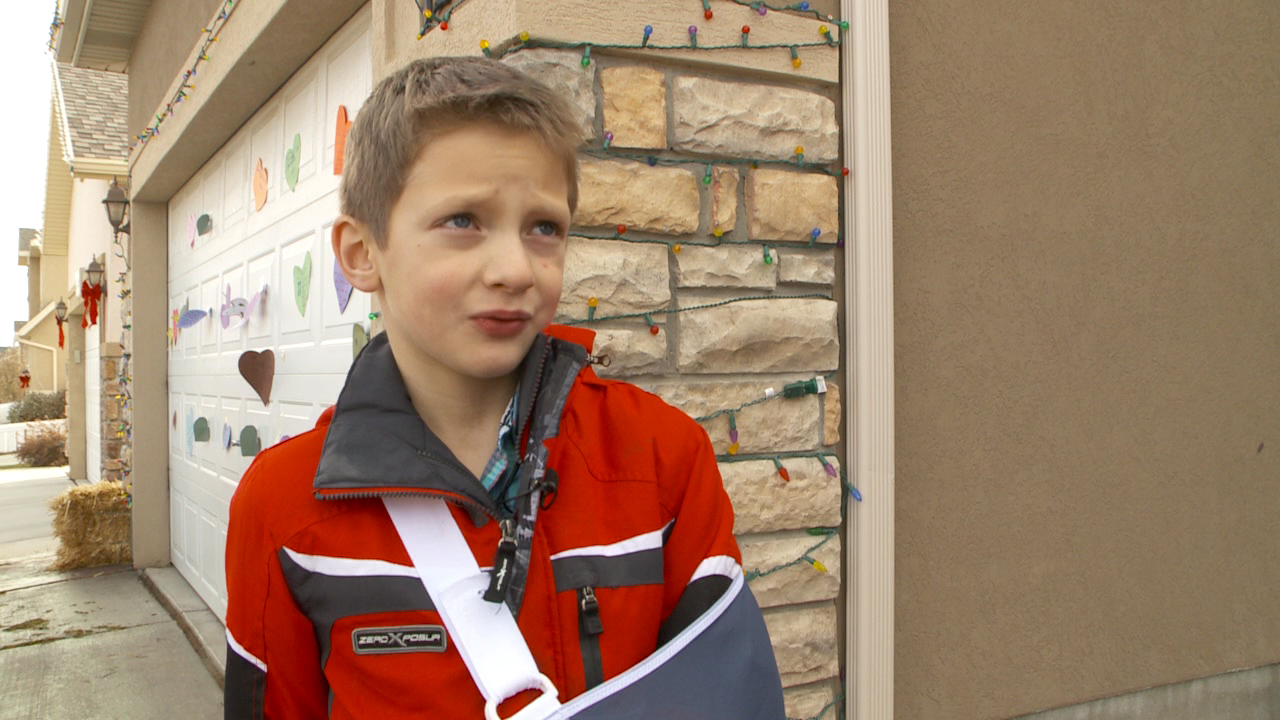 HERRIMAN, Utah – A child who fell into an open manhole Friday night was found thanks to a police K9, and on Saturday the young boy spoke about his ordeal.

“I thought I was going to miss Christmas,” 6-year-old Kollin Bailey said.

By Saturday morning, Kollin and his family had gone through an emotional 24 hours.

Kollin had been playing in a grassy area near his home when he fell into an uncovered manhole. Kollin’s mother, Shara Bailey, said they began looking for Kollin.

“Everybody was searching for him, they had combed everywhere and I’m sure they walked right by him but he was down a huge cement cylinder,” she said.

“It was like I was trapped in a bear cave,” Kollin said.

About thirty minutes into the search, Kollin’s mom called police and several units from the Unified Police Department responded.

Bailey said she was afraid for her child.

She said: “I fell to my knees and was just begging for the Lord to bring him home…I had thought the worst, you know? You always wonder how do people go to sleep at night without their babies home? And I was terrified I was going to have to.”

Hours began to pass, and the Unified and West Valley City K9 units were dispatched.

“The dogs probably came out around 7 [or] 7:15,” Bailey said. “They found him in like five minutes. They went right to him. They had his bike, they came in and asked for his pillow.”

It was Sgt. Shane Matheson of the West Valley City Police Department and his bloodhound Copper who found Kollin in minutes, not far from his home.

“He told me he felt like he had been down there for seven hours,” Matheson said.

While the family was away at the hospital, the entire neighborhood came together to decorate their home with heart-felt messages.

“It made me feel that I was loved,” Kollin said.

Today the family is just thankful, for the efforts and kindness of their neighborhood, that their child was found and only suffered a broken arm. They said they are especially grateful for Copper and Matheson.

“We truly wouldn't have our son today if it weren't for that K9 unit and are so grateful for them,” Shawn Bailey said. “That dog is going to get the biggest bone from us for Christmas, that’s for sure.”