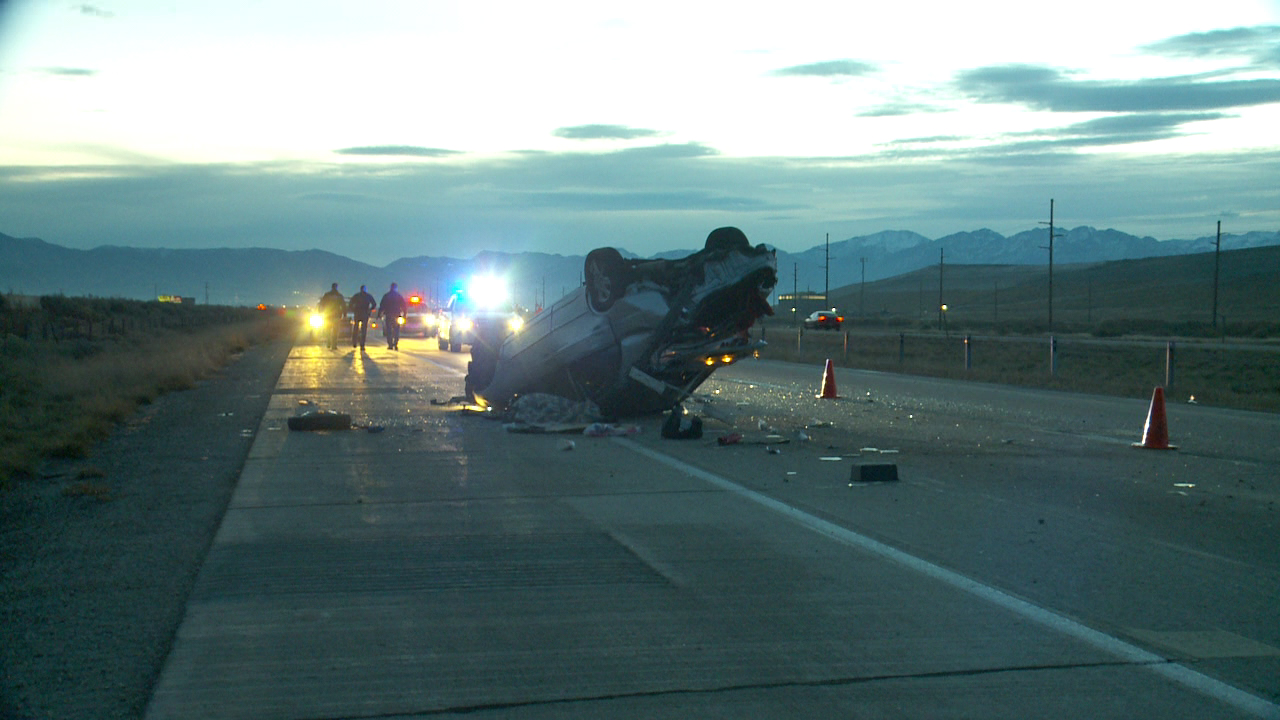 SALT LAKE CITY — Emergency crews responded to a rollover crash on I-80 Saturday, and troopers said if the driver hadn’t been wearing a seat belt then he would probably have been ejected during the crash.

The crash occurred around 6 a.m. on I-80 about 9 miles west of Salt Lake City International Airport, and police said the eastbound vehicle rolled several times, with the vehicle moving into westbound lanes.

Utah Highway Patrol spokesman Joe Dougherty said the driver was wearing a seat belt, and he said that if he had not been buckled he would likely have been ejected. The man was taken to an area hospital for treatment of minor injuries.

A press release from UHP states rollover crashes are especially dangerous and that the man’s life was saved because his seat belt kept him inside the car.

“The rolling motion of a vehicle creates powerful forces that fling everything and everyone outside,” the press release states regarding rollover crashes. “Even people inside a vehicle who are unrestrained can hurt or kill others inside during a crash.”

The press release ended with a plea to motorists in Utah: “Please, Utah, buckle up… not just for your safety, but for the safety of those around you, those who may be traveling with you if a crash were to occur.”