Sunday marks 73 years since the deadly attack on Pearl Harbor; the surprise attack on the naval base in Hawaii was carried out by Japanese bombers, and President Franklin D. Roosevelt declared war on Japan the next day.

In Pearl Harbor, Hawaii, on Memorial Day, 31 May 1958. Bennington's crew is in formation on the flight deck, spelling out a tribute to the Arizona's crewmen who were lost. Image via National Archives, US Navy.

Nearly 2,500 people were killed, and another 1,000 were wounded. The attack destroyed more than half of the United States' Pacific fleet and damaged eight battleships.

FDR's famous "A date which shall live in infamy" speech on December 8 marked the United States' entry into World War II. See the video above for footage of the attack on Pearl Harbor, and see the video below for the full speech that sent the U.S. to war. See the photo gallery below for images from the battle. 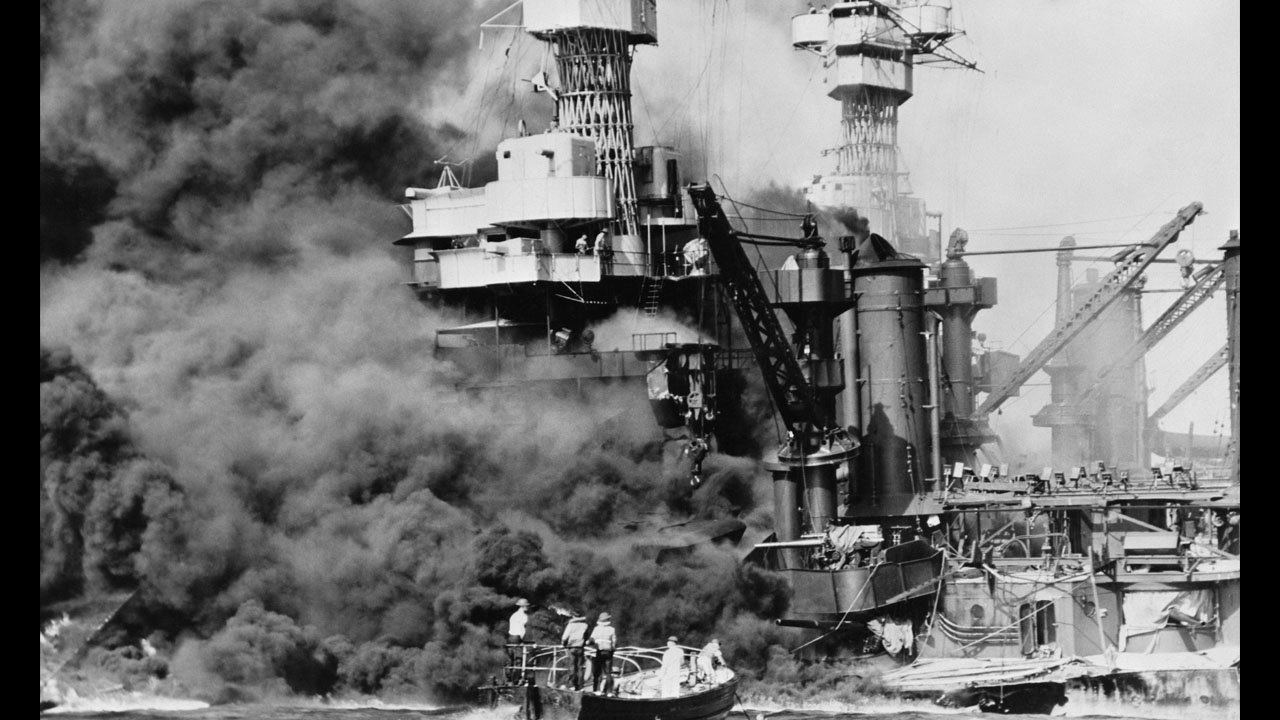