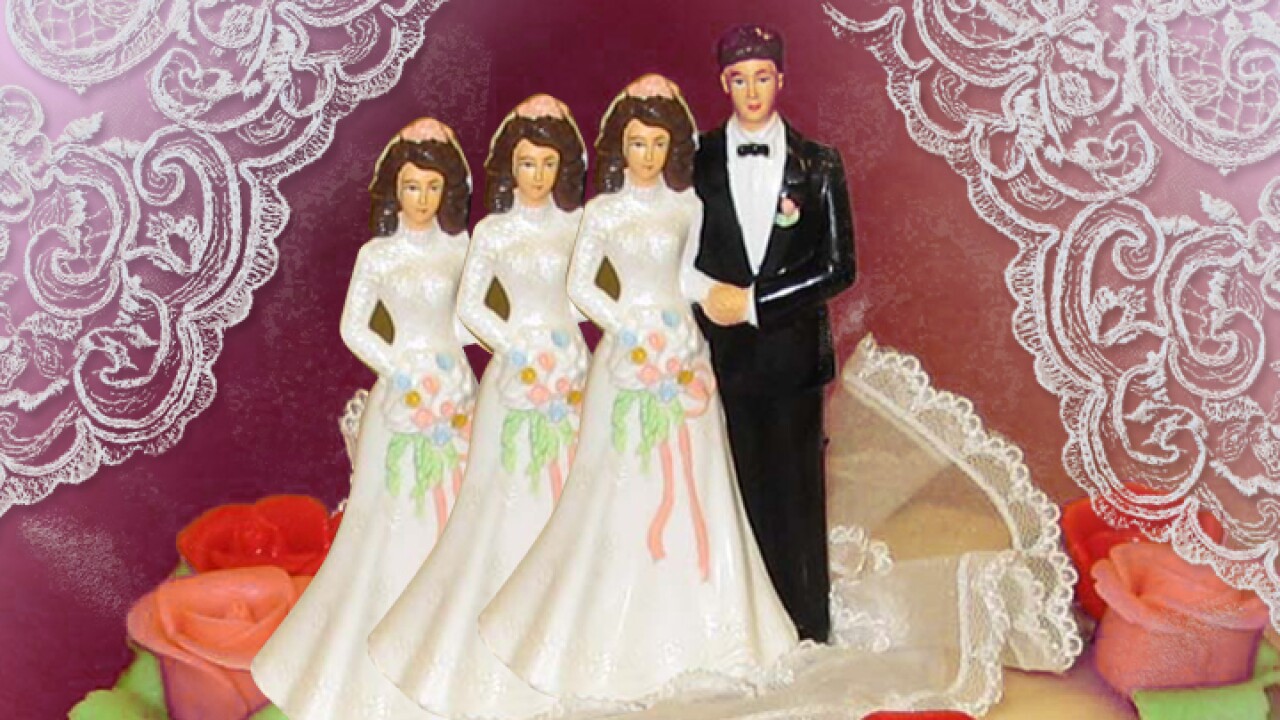 SALT LAKE CITY -- A woman is challenging a divorce court order forbidding her from discussing fundamentalist Mormon beliefs in front of her children.

The woman, whom FOX 13 is not naming to avoid identifying her children, was initially ordered by a 3rd District Court Commissioner to not discuss religion or politics during visits with her children.

"This court order is about religion," the woman told FOX 13 outside of court on Tuesday. "And it's in place to prohibit me from discussing any religion with my children and it's anti-constitutional."

The woman said she is divorcing her husband in part over differences of religious faith. The woman is exploring converting to fundamentalist Mormonism, a belief system that includes the practice of polygamy. Her husband has elected to remain in the mainstream Church of Jesus Christ of Latter-day Saints.

He has sole custody of the children, who attend the LDS Church. The woman is allowed supervised visitation, which she is seeking to change.

In a temporary order filed in court in late October, the woman was forbidden from discussing the Apostolic United Brethren, a polygamous church based in Bluffdale.

"Respondent is restrained from discussing other religions, including the AUB, with the parties' children until such time as Respondent decides to join another religious group," Commissioner Kim Luhn wrote.

At a hearing in court on Tuesday, Commissioner Luhn acknowledged the order may have been too broad and modified that part of it.

"I tried to make it very, very clear in my rulings that my problem is not with Ms. Brown's religion. I don't care if her conduct is as a result of believing in the UAB (sic)," she said. "I care that her conduct is creating chaos for these children and in essence, rising to the level of emotional abuse. I want focus here on conduct."

The commissioner said she wanted no discussion of religion or politics on Thanksgiving and Christmas, and said any other talk needs to be "age appropriate."

In the hearing, the husband told the commissioner he had not heard his soon-to-be ex-wife discussing religion with the children. However, he said she was discussing the court case, which he claimed upset them.

"She would say things about the court case in front of the children. She would talk about what was going on with the court case, as far as her version of the truth," the man testified.

Kendra Shirey, an attorney for the husband, said that religion may be a factor in the divorce but it is not the sole issue in the case. She said recent hearings are focusing on the children and visitation.

"The court has made it clear from day one, her initial ruling, that this is not about religion or her intent to restrict the respondent's religious views or beliefs," Shirey told FOX 13. "What (the commissioner's) goal has been about is caring for the children."

In 2006, the Pennsylvania Supreme Court ruled that a man could teach his 13-year-old daughter about polygamy over the objections of his ex-wife.  The ruling overturned a previous judge's decision that he could not discuss polygamy until she turned 18.

The couple in this case is due back in court next year.