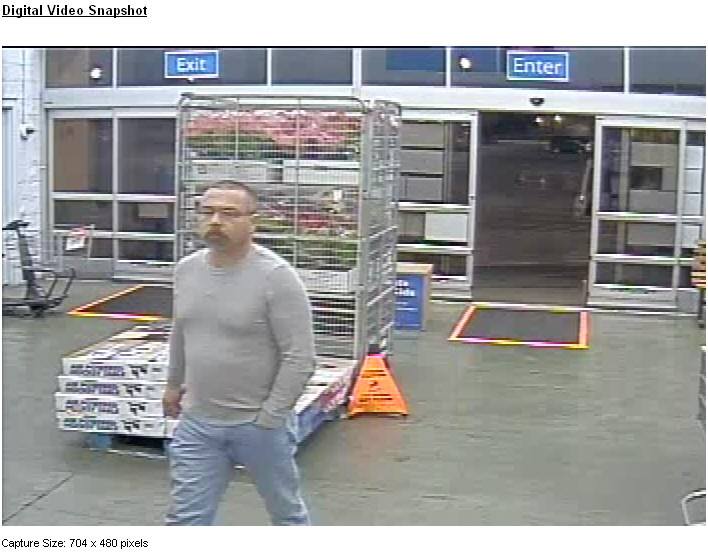 CEDAR CITY, Utah –Police in Cedar City are asking the public for help locating a man who allegedly stole a donation barrel filled with funds intended to be used to help children in need.

Police said a man entered the Wal-Mart in Cedar City, 1330 South Providence Center Drive, at about 4 a.m. on December 8 and stole a large, clear barrel placed near the exit of the store used for cash donations.

According to the press release from the Cedar City Police Department, the suspect was driving a white vehicle that appears to be a Nissan Cube. The vehicle is believed to be a newer model.

The release stated the man pulled up to the store and opened the rear door of his car before entering the store. He then looked around to make sure there were no employees nearby, and then he carried the barrel out to his car and fled. Still images from surveillance cameras show the suspect and his vehicle, see the gallery above for those photos.

Anyone who recognizes the man or has knowledge of the crime is asked to call Cedar City police at 435-586-2956.