SALT LAKE CITY -- A massive "tent city" is springing up in the polygamous border towns, an apparent response to a threat of eviction by the courts in a long-running land war.

FOX 13 was provided a series of photographs showing the construction of the giant white tents being built behind a huge wall with "no trespassing" signs all around it. The tents appear to be able to shelter hundreds. The source who provided the photos to FOX 13 said no one is living in the tents yet, they are still being built.

The construction of the "tent city" appears to be in response to the threat of eviction from land owned by the court-controlled United Effort Plan Trust. Jeffrey L. Shields, the lawyer for the UEP's court-appointed fiduciary, said the town councils of Hildale, Utah, and Colorado City, Ariz., have changed ordinances to allow for the construction.

"We've heard they're rerouting utility lines and water and sewer to accommodate those folks," Shields said.

The tents are the latest in a battle between the Fundamentalist LDS Church and the courts over the UEP. In 2005, a judge in Salt Lake City's 3rd District Court took control of the UEP amid allegations that FLDS leader Warren Jeffs mismanaged it.

Recently, the court-controlled UEP began evicting people for not paying a $100 a month occupancy fee to stay in their homes. Shields said he believed the tents are the FLDS leadership's response.

"That's the only logical explanation I can come to is they're trying to have a place to put people if they're evicted from UEP property," he told FOX 13. "Which seems a lot more expensive than paying a $100 fee."

Tonia Tewell, the executive director of the non-profit group Holding Out Help, called the tent city a "P.R. move" by FLDS leaders.

"The sad thing, honestly, is that the leaders will be comfy-cozy in their homes," she said. "It's the followers that will be the ones that will suffer."

Tewell, whose group works with people in need in the polygamous communities, called the situation there a "humanitarian crisis." Hundreds have left or been excommunicated by Jeffs, leaving the church with nothing (they consecrate most of their property to the FLDS Church). Jeffs still controls the church from his Texas prison cell, where he is serving a life sentence for child sex assault related to underage "marriages."

"We're already overloaded with people who are being or being kicked out," she said. So if these mass evictions happen and people are kicked out and head to the tent city, it's winter and it will not surprise me if people flee from the community. It puts us in a predicament of needing food and clothing and shelter."

The Utah Attorney General's Office said it was monitoring the situation and urged people in need to contact social service providers.

Details on Holding Out Help's request for donations can be found here. 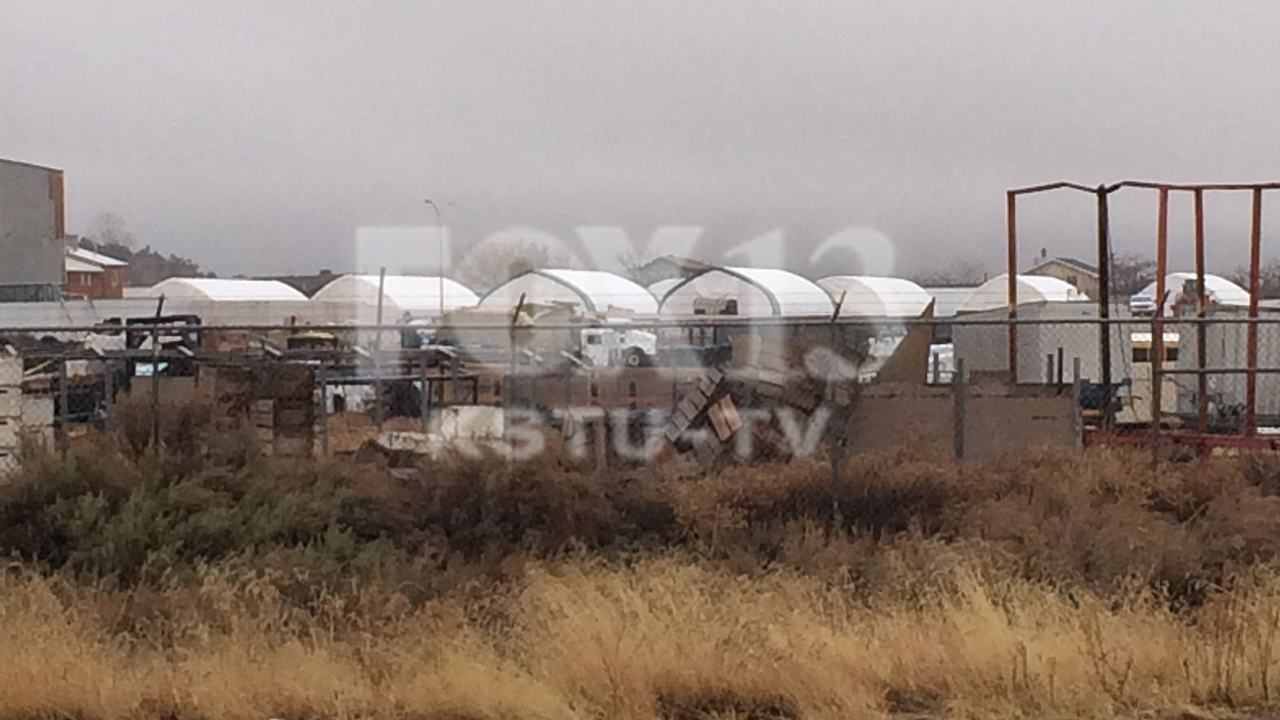