District Attorney Sim Gill told FOX 13 a line to a cooling unit leaked on the fifth floor of the office on Monday. The flooding spread to the fourth floor and third floor. Damage to the offices is extensive in the walls, ceilings and floors.

An estimated 60 to 80 boxes of files were soaked and being dried out. Gill said the water damage will not affect any pending court cases.

"Some of the offices that were compromised, there were some open and active files in there," he said. "Luckily, there wasn't a tremendous amount. We're going through some of our stored documents to see if those that were damaged need to be salvaged or not, or some may be archived documents."

Fans were set up to dry out soaked office equipment. Recovery crews were cutting into walls and ceilings to repair the leak. A damage estimate was not immediately available.

DA's staffers were moved to other floors and forced to double-up in offices while the repair work is done, which could take a week. 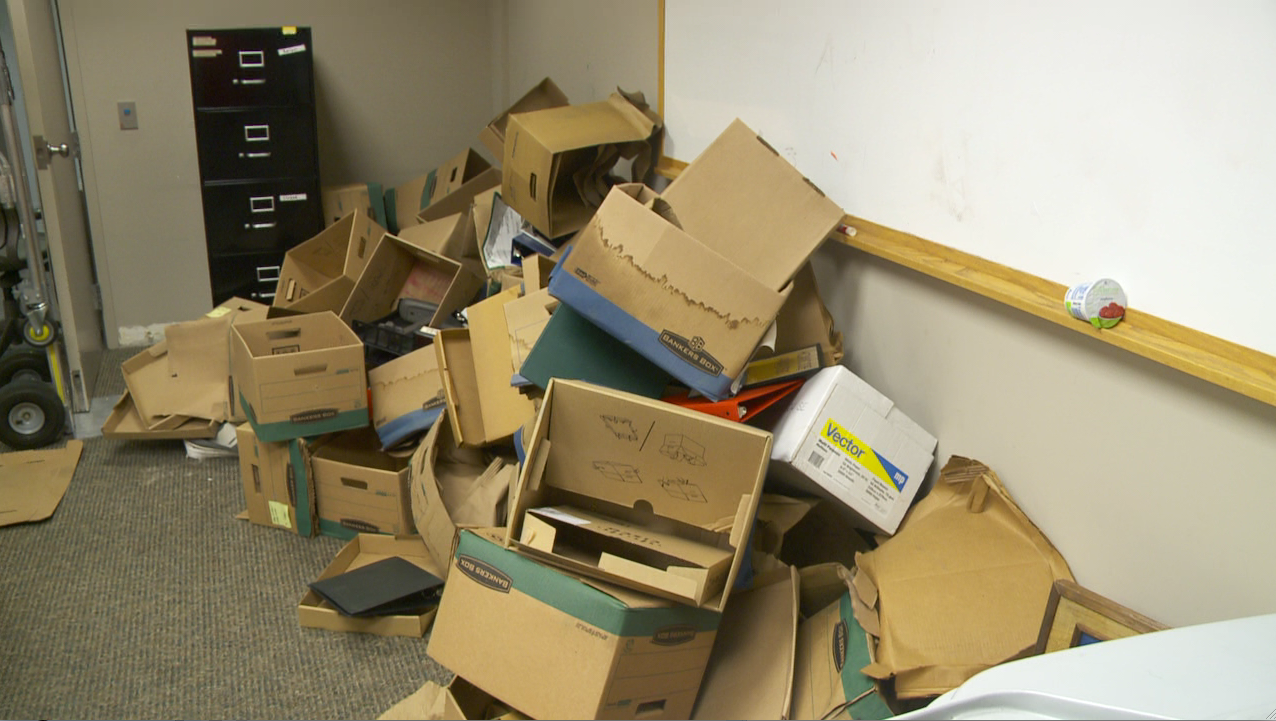