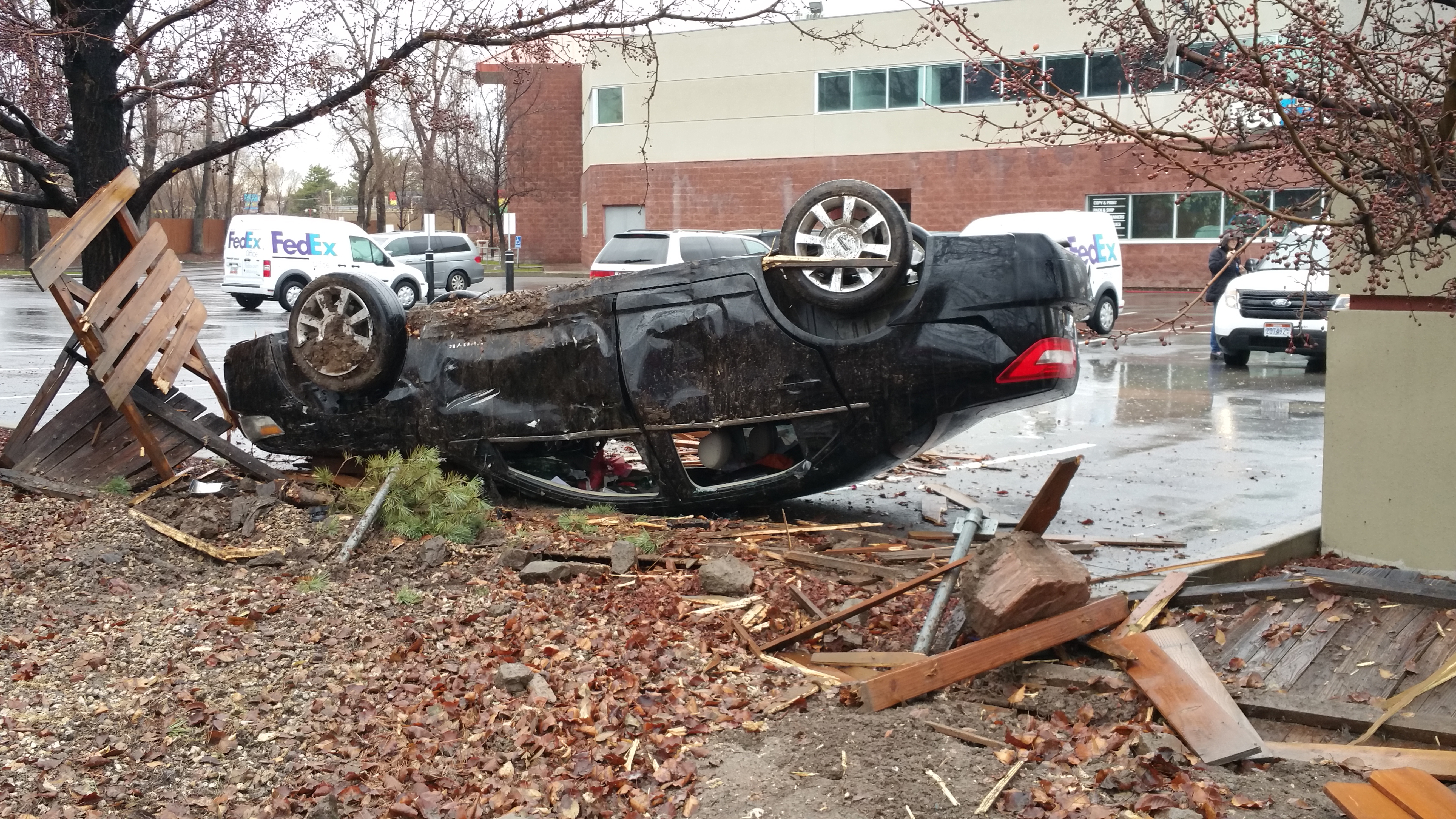 SALT LAKE CITY — Police responded to reports of a rollover crash Sunday, and when they arrived witnesses said a man had limped away from the scene to be picked up by an accomplice-and moments later a woman called to report that her vehicle had been stolen.

Lt. Justin Hoyal of the Unified Police Department said they received the call about the crash around 12:30 p.m. Sunday and responded to the area of 3300 South and 700 East, where a northbound vehicle had rolled and traveled into a yard.

“The vehicle ended up in a yard at 3338 South, taking out some landscaping and then some fencing as well,” Hoyal said.

Witnesses told police they saw an African-American male wearing a black hoody and black pants flee the scene, with blood on his face and while moving with a limp. That man was picked up by an unknown person in an unknown vehicle in the area of 500 East and 3300 South–and they fled the scene.

Hoyal said a short time later they learned the vehicle did not belong to that man.

“We then received a call from a victim who was at the Rancho Market on 3300 South, indicating that her vehicle had been stolen—which ended up being this vehicle involved in this crash here [Sunday],” Hoyal said.

The woman had left the car on, apparently in order to keep it warm while she made a transaction in the store. Hoyal said she came outside just in time to see the suspect drive away in her car.

It appears the driver was going too fast, and the vehicle rolled after coming across some standing water on the road. The car sustained serious damage and there were also damages to the property the car rolled into.

There were no other vehicles involved in the crash and no reports of injuries beyond those the suspect reportedly suffered.

Hoyal said this appears to be a crime of opportunity. He said they understand that during this time of year many people want to leave cars on in order to warm them up or keep them warm, but he urged drivers not to do so because an idling car can be stolen in just seconds.

Anyone with information about the theft or the suspect is asked to call the Unified Police Department at 801-743-7000.