SALT LAKE CITY -- The state's prison relocation commission narrowed its list of top sites for a new prison to three, dropping three others from consideration.

The sites were announced by a state consultant as he recommended three others be dropped from consideration because of a number of problems. Those sites included near Saratoga Springs, near the Salt Lake City International Airport and in West Jordan.

Read the presentation to the Prison Relocation Commission here:

The meeting began with lawmakers receiving a map of 26 potential sites considered for a new Utah State Prison. Through a number of factors, it was reduced to the three.

Prison Relocation Commission co-chair Rep. Brad Wilson, R-Kaysville, said they were open to other sites as they began engaging with the communities in their top tier. However, they had to meet a list of criteria that included easy access and infrastructure.

The meeting was packed with residents from all the communities under consideration, protesting the prison moving anywhere. They prefer it stay in Draper. However, that clashed with lawmakers' views, who believe it would be economically more beneficial to the state to develop the Draper site as a "tech hub" and would allow them to replace the aging prison.

"That's my opinion, that it would be a big mistake to leave it in Draper," Rep. Wilson told FOX 13. "There's compelling interests for the state that are just too overwhelming to move it somewhere else."

Residents vowed to fight on.

"We're very disappointed. We honestly feel like we shouldn't be on the list to begin with," said Katrina Hill, who lives in Tooele County. "We don't have the water, we don't have the resources. There are so many things we cannot provide for a prison and so we will continue to fight." 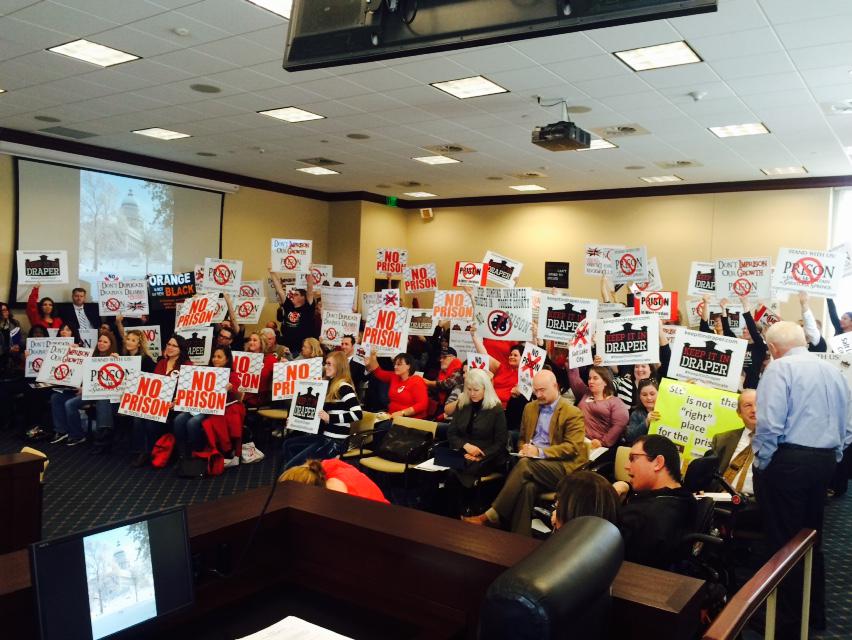