MURRAY, Utah -- The man accused of firing a gun toward a Utah Highway Patrol officer was one of four people police took into custody Monday.

According to authorities, a tip led officers to an apartment complex in Tooele, where 25-year-old Damion Williams had been last spotted. However, when officers arrived at the apartment complex, Williams suddenly jumped into a car with three others and took off.

Multiple agencies pursued the four until they finally crashed near Murray at 500 East 4400 South.

“They hit one car, then another, then me,” said Machiele Nieto, who was on her way to do Christmas shopping when she was hit by a red Honda.

As Nieto realized what happened, she said the driver and one passenger jumped out and ran.

“I was like, ‘What?’ I think they knew they were caught because cops were everywhere,” said Nieto. “And they had their guns drawn, and it all went so quick.”

The car chase then turned into a foot chase.

From her garage, Barlow could hear a commotion taking place in her front yard. She turned the corner and found multiple officers struggling with a man on the ground.

“They had a guy, right here, tackled,” said Barlow. “I guess he jumped the fence, and they caught him right here and just had him right in the dirt.”

Officials with UHP said a trooper was arresting a woman who had been driving recklessly along I-215 when a man drove by and shot at him. The bullet hit a car window, not the officer.

“We’ve had officers working around the clock on this because when you have somebody that’s trying to shoot at police we want to make sure that we get them in custody,” said Dwayne Baird, spokesman for the Utah Department of Public Safety.

Authorities have said they believe the shooter was somehow connected to the woman under arrest, but that connection was not made clear Monday. 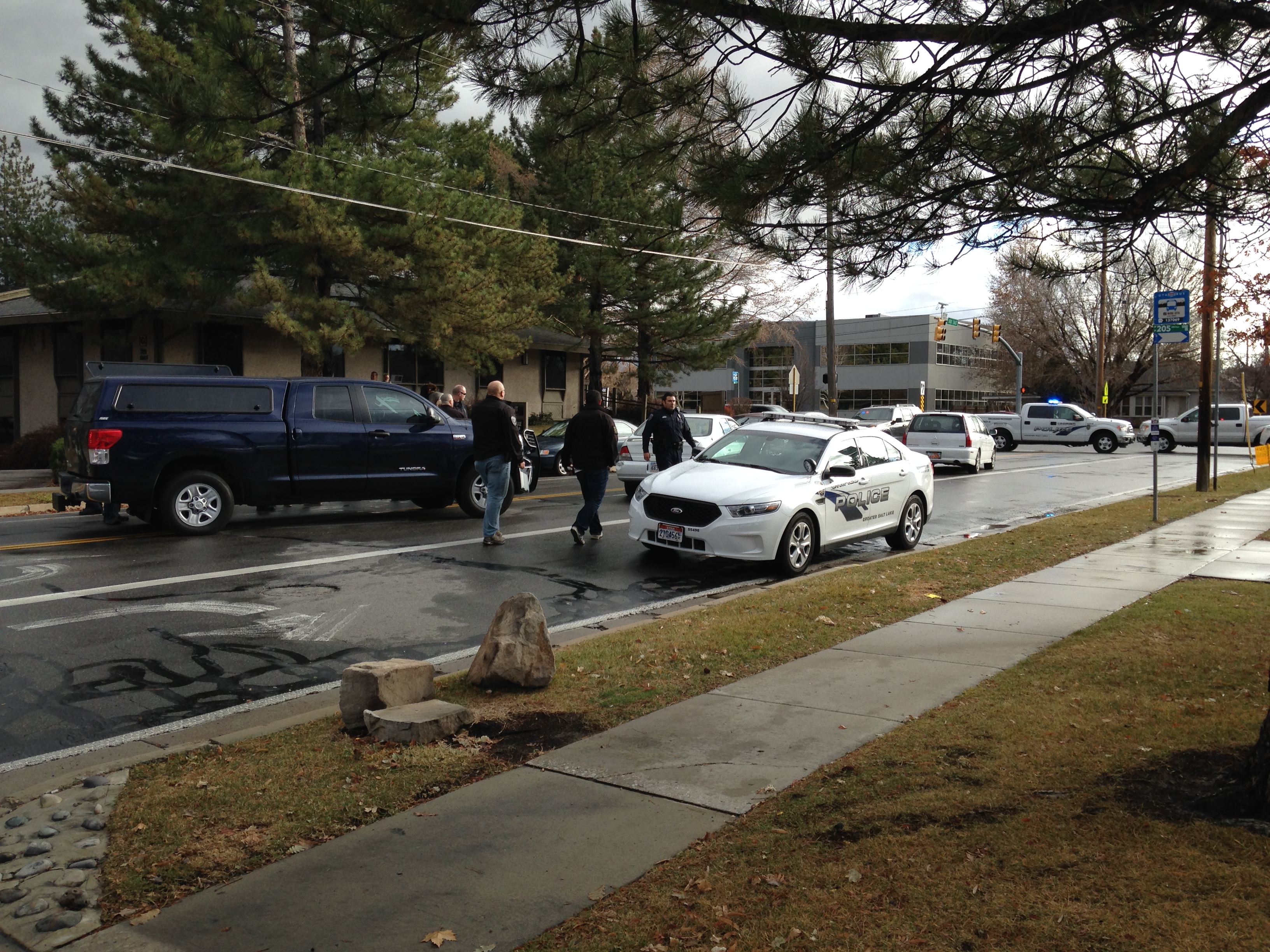 Related: Suspect on run after shooting at UHP trooper in West Valley City