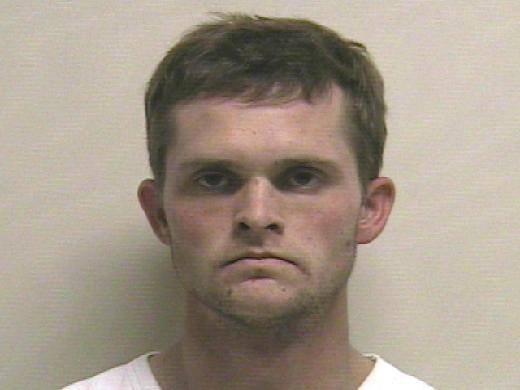 UTAH COUNTY — A suspect of a 7-Eleven robbery in Provo and trespassing incident in Springville was taken into custody Tuesday morning.

The 7-Eleven robbery took place at about 5:32 a.m. According to a Facebook post from Provo police a white man walked into the convenience store, 1801 S. State Street carrying a golf club.

Police say the suspect walked to the cooler, grabbed a sandwich, two bags of chips then walked toward the exit.

As the suspect made his way to leave, police say, the clerk asked if he was going to pay for the items.

Police say the man responded with, ‘do you want to test me?’

The suspect then used the golf club to smash a couple of displays next to the cash register, police say. After than he left the store in a white Toyota and drove south.

After leaving Provo, police say, the suspect went to Springville where he drove through a fence to avoid police.

Provo officers later received a call of a suspicious white car at an apartment complex, 974 W. 600 South, that had a fence attached to the front bumper. Upon arrival police confirmed the vehicle belonged to the robbery suspect, identified as Casey Kruitmoes, 28, of Springville.

During their search to find Kruitmoes, police received a report of trespass at Union Pacific rail yard, 508 E. 900 South.

Police say it was reported that an intoxicated man in his 20s had climbed onto a Union Pacific train and was refusing to leave. When officers arrived the suspect on the train fled on foot.

One officer eventually caught up with suspect.

Police say the man put on a pair of brass knuckles and turned to face the officer in a fighting stance. The officer drew his Taser and told the suspect, ‘you drop those and I’ll put this away.’

The suspect complied and was taken into custody without further incident.

The trespasser was also identified as Kruitmoes.

Kruitmoes was booked into Utah County Jail on charges of aggravated robbery, criminal mischief, failure to stop at command of an officer and possession of a dangerous weapon by a restricted person.