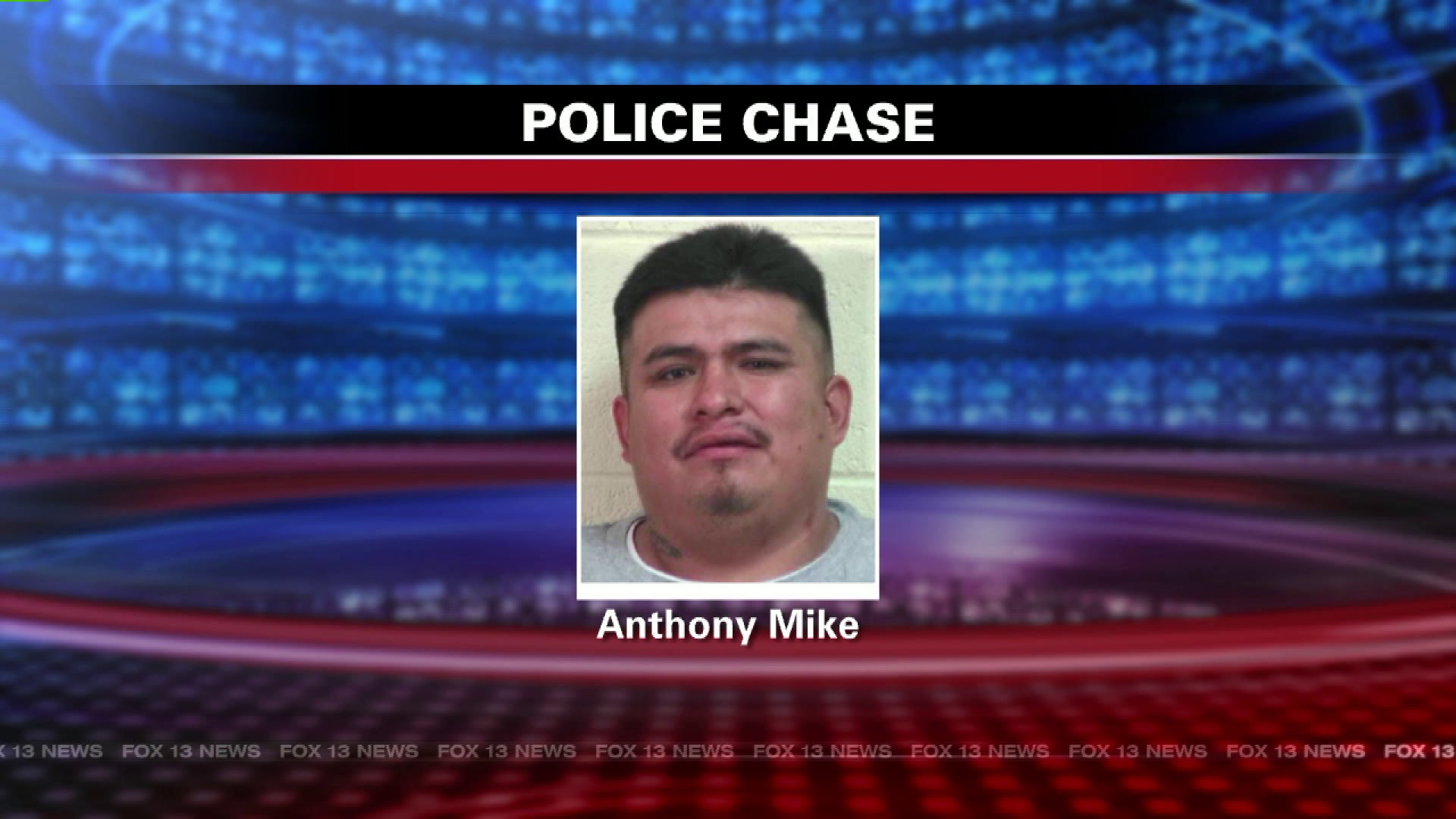 CEDAR CITY, Utah — A DUI stop turned into a police pursuit in Cedar City after a passenger in the vehicle that was stopped took the wheel and drove away after the original driver got out.

According to information from the Cedar City Police Department, Anthony Mike was riding in the car that was pulled over for a suspected DUI.

The officer’s vehicle was struck at that time, though the collision occurred a t a low rate of speed. Mike was booked into the Iron County Jail for DUI and reckless driving. The original driver, Katrina Box, was also arrested. Police said she tried to run away after Mike drove away, but she was restrained by officers. She was booked into jail on charges of DUI and interference with an arrest.