PROVO, Utah -- Several officers with the Provo Police Department went above and beyond the call of duty to bring Christmas cheer to a family this week after they responded to a call at their residence and noticed that it didn't appear as if the family had the means to celebrate.

According to police, two officers responded to a call at a family's home on Monday, and while they were there they noticed that there were no gifts or decorations, "or any indication it was Christmas time in their home."

The two responding officers left the home but came back later that day to drop off a Christmas tree and to donate some money from their own pockets. But the act of charity didn't end there. The next day, other officers heard about what happened and decided to get involved.

The rest of the swing shift chipped in to help out, and Provo PD posted several photos of the officers delivering presents to the home from the Provo Police Department's Facebook page. 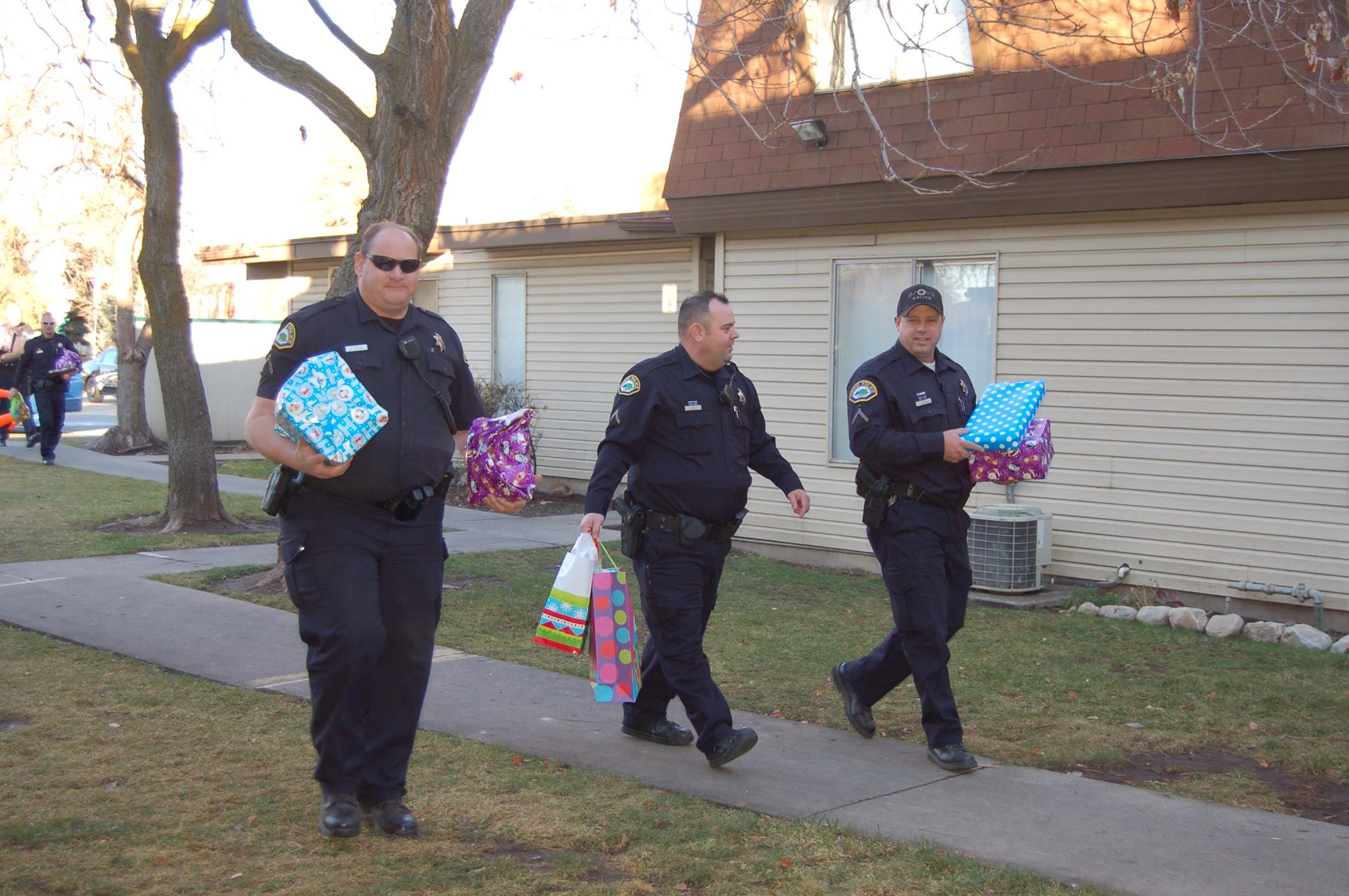