Utah boys, each in need of a new heart, are best buddies 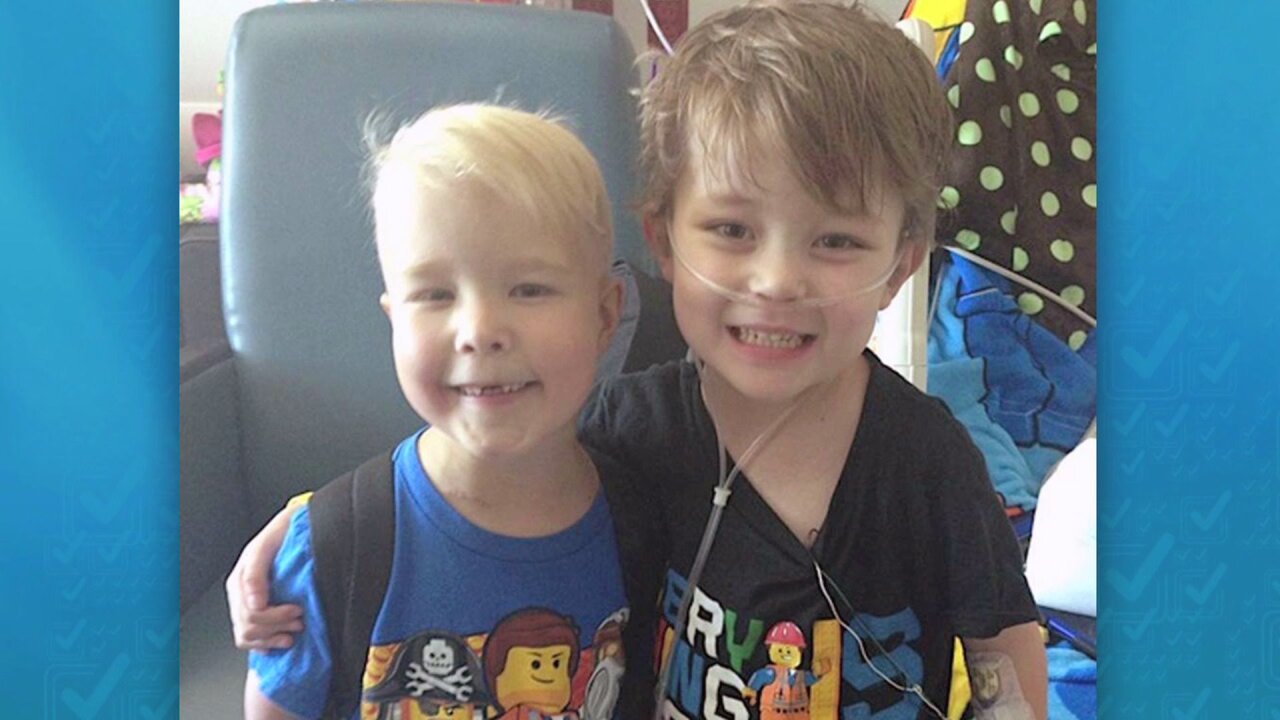 "We found out that Teagan was born with a very critical, congenital heart defect known as hypoplastic left heart syndrome, and we would need to operate immediately," said Brytten Pettit, Teagan's mother.

"Teagan's lungs basically fill up with fluid. There's no cure for plastic bronchitis, but the best outcome would be a heart transplant and that's his best chance at life," Brytten Pettit said.

"They've been friends since they were babies. Me and his mom met knowing that [...] they were both born with hypoplastic left heart syndrome," Brytten Pettit said.

Both boys wear oxygen masks and backpacks with life-saving medicine inside during their day-to-day activities. They don't have the same amount of energy as other children, but they still spend hours playing together, in and out of the hospital.

Teagan said he wants to be a superhero when he grows up. His mom prays he'll get the chance.

"We know we're asking for a lot. We know that we're asking another family on their worst day to give us the greatest gift they could give us, but it would be such an honor to have their child live on through ours," Brytten Pettit said. "We don't pray for anyone else to have to go through what we're trying not to go through, which is the loss of a child. We're just praying that someone will say yes to organ donation."

To become an organ donor, say "Yes" on the form you fill out to get your driver's license or state ID card. You can also sign up at yesutah.org. It is recommended that you tell your family if you're an organ donor.