Citations pending for driver of semitrailer that crashed on I-80 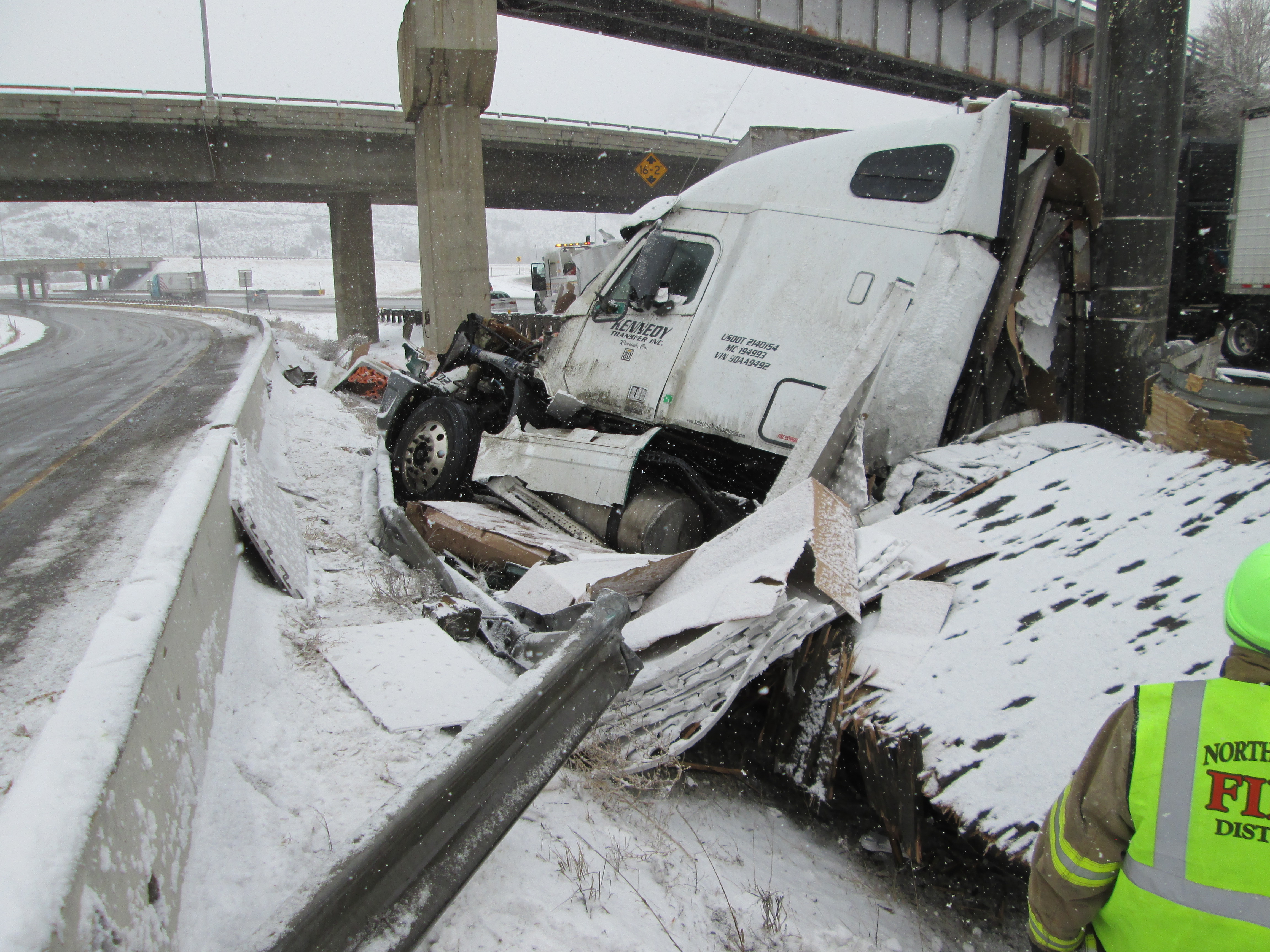 SALT LAKE CITY — One lane of westbound I-80 near mile post 167 was blocked for several hours Sunday after a semitrailer crashed, and officials said citations are pending against the driver of the vehicle.

According to information from the Utah Highway Patrol, a semi pulling a box trailer was traveling westbound on roads covered with snow when the driver lost control as he made a lane change from the right lane to the left lane.

Officials stated the driver was going too fast for the existing conditions when he lost control. The semi went off of the roadway and onto the left shoulder, where it impacted a concrete barrier and an overhead sign support. The power unit of the truck was separated from the trailer in the crash. The trailer sustained major damage and spilled paper and plastic products into the median and left lane.

The driver and sole occupant of the vehicle suffered “very minor” injuries during the crash, according to Utah Highway Patrol.

The left lane of westbound I-80 at mile post 167 was closed for cleanup and investigation until about 4 p.m., and traffic was being diverted without causing a delay.

UHP officials stated that citations are pending against the driver for various moving violations.