LOGAN, Utah - A snowmobiler has been found safe after he was reported missing days ago in Franklin Basin.

Authorities found him in the Cow Canyon area and were giving the man food and trying to warm him up and they said it appears the man is going to be OK.

"He was fairly cold, he had been exposed to some pretty severe elements up there," Peck said. "Considering the weather that he had to endure he was doing fairly well. As of right now [11 a.m. Monday] he has been warmed up, he's been placed in a snowcat and was taken down to our instant command location, where we will evaluate him medically and see where we need to go from there."

Lt. Peck said Cow Canyon was covered in heavy snow and crews had trouble reaching Orduno, who suffered frostbite on one of his toes.

He said Orduno had made a small, crude shelter using the hood of his snowmobile but was unable keep a fire burning for warmth.

Authorities said he was off the trail and, due to his circumstances, had made the decision to wait for assistance.

Orduno had been snowmobiling in the area Saturday with a friend from the Logan area when they became separated.

When the other snowmobilier did not return to the pair's truck, the other man, who did not have keys to the vehicle, waited several hours and then walked to a road to flag down a motorist and call 911 in the early Sunday morning.

Peck said Orduno is from Arizona and wasn't familiar with the terrain.

"He was really not familiar with that area," Peck said. "The individual he was with, Courtney, knew the area a lot better than he did. And in a heavy snowstorm like he was in, it's very easy to become disoriented and lost quickly."

The man had not planned to be out overnight and did not have overnight gear or extra supplies. Peck said he is fortunate to be alive.

"At this time I would say that a lot of luck had to do with it," Peck said. "He didn't have a fire going, our guys got a fire going when they got there.. I just know he was very glad to be found."

Peck said he is not sure if the man would have survived if he would have had to spend another night outdoors.

Crews searched Sunday and into Monday, and they said the cold weather and winter conditions made search efforts more difficult. Volunteers from Cache, Rich and Box Elder counties in Utah helped with the search, as did personnel from Franklin County, Idaho.

The Franklin Basin area is popular with snowmobilers and is at about 7,500 feet in elevation. 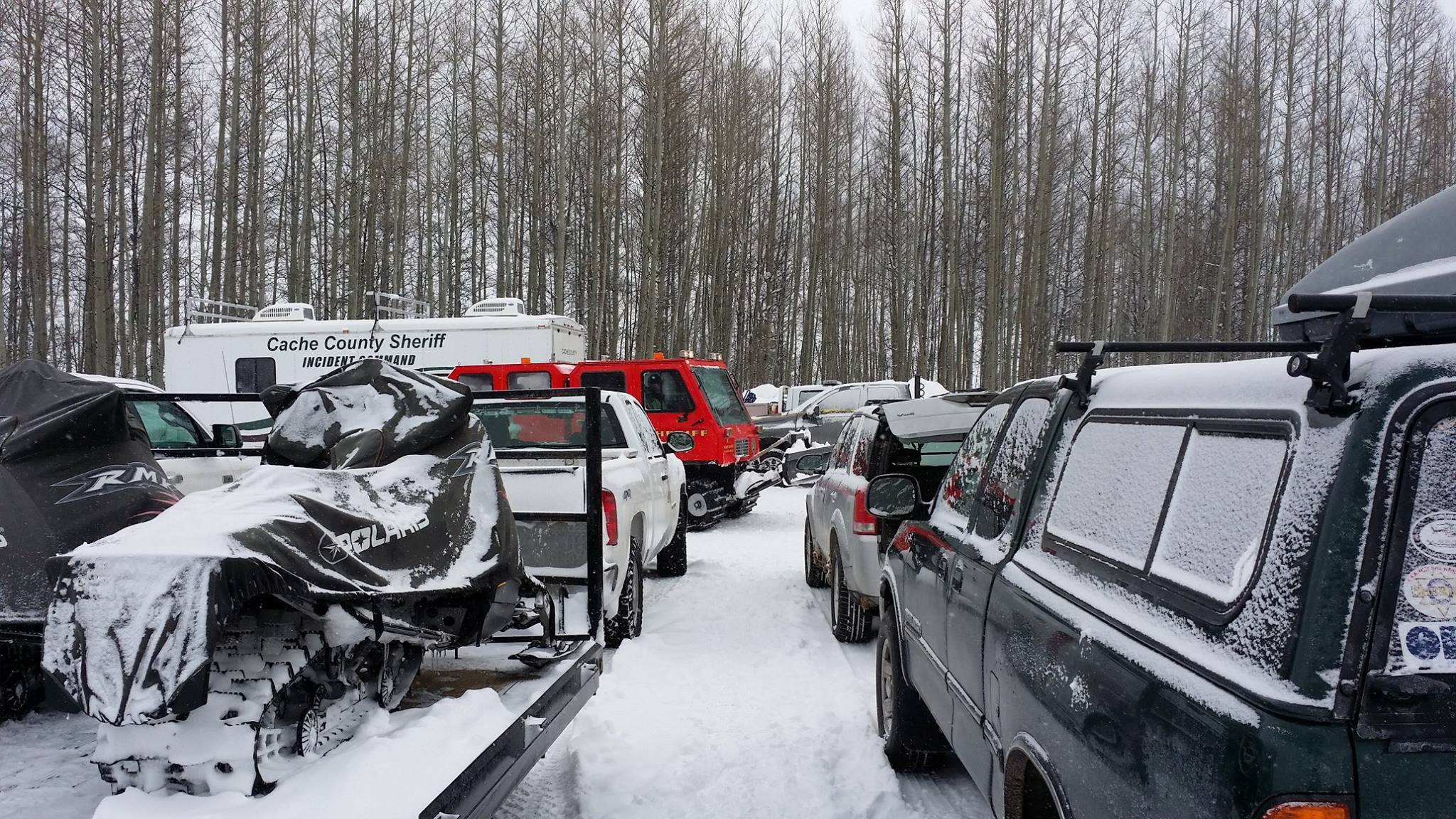