WEST JORDAN, Utah -- West Jordan police are seeking the public’s help in locating one of their officers.

On Tuesday morning, Jedediah “JR” Steadman, left his home in West Jordan after getting into a verbal argument with his wife. He has not been seen nor heard from since, according to a press release from West Jordan police.

Steadman, 34, left his home in his blue 1998 blue Dodge pickup. The license plate number on the truck is B963D with a fallen officer memorial decal.

Steadman is a seven-year veteran officer with West Jordan Police Department. According to the release Steadman is an avid outdoorsman and likes to fish and hunt.

Officials say it is possible that he has become stranded somewhere.

Steadman has brown hair and eyes. He is 5 feet and 9 inches tall and weighs about 160 pounds.The officer and the vehicle are pictured in the gallery below.

Steadman’s wife and family are confident their disagreements can be worked out.

Anyone with information on the whereabouts of Officer JR Steadman is asked to call West Jordan police at 801-840-4000. 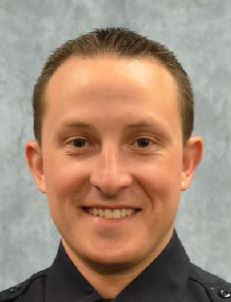