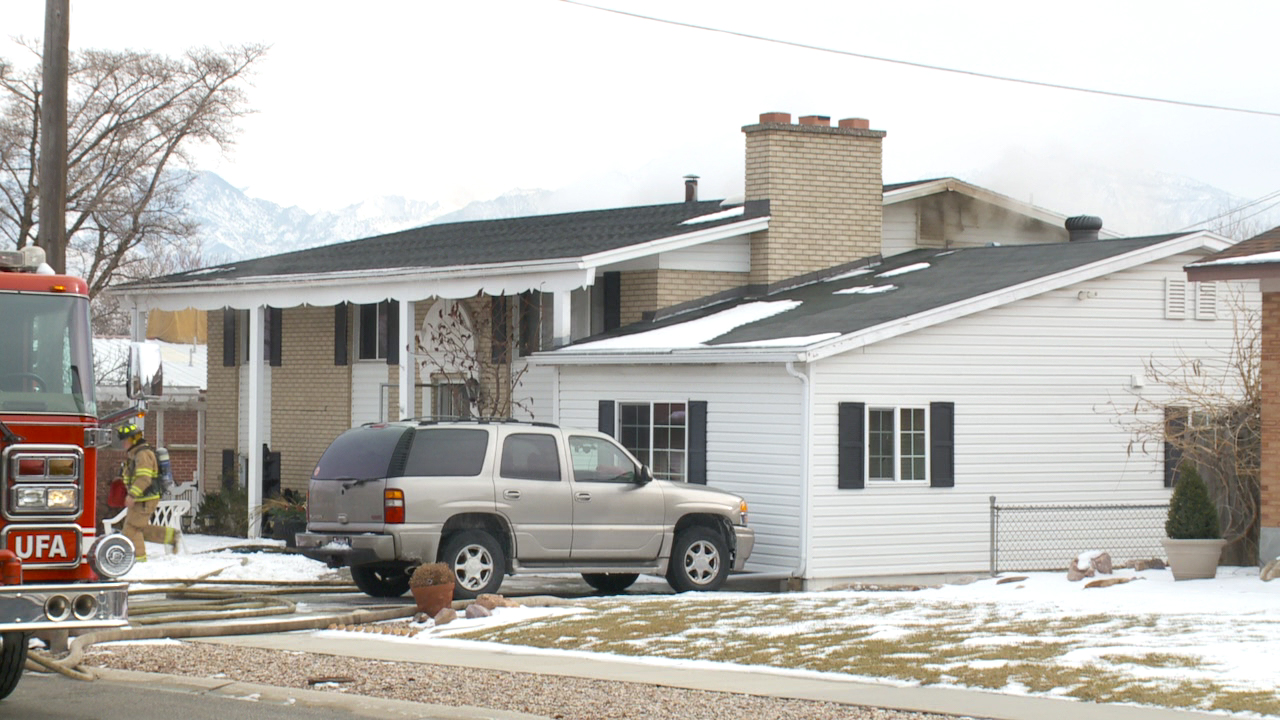 WEST VALLEY CITY, Utah — Two people have been displaced after what crews called a “stubborn fire” that broke out in the basement of the home and then moved up the side of that house to burn in the attic space.

“When crews got here, there was smoke and fire coming out of the basement, the rear-corner of the house, and it was lapping up the side of the house and into the attic,” he said.

Fitzgerald said a man in the upper area of the residence had just returned home and was changing his clothes when he smelled smoke. The basement of the home is a separate residence occupied by a woman, and the man called that woman, who had been taking a nap. The woman confirmed there was a fire and both individuals made it out of the home safely.

The fire vented out of a bedroom window in the basement and worked its way up the side of the home into the attic.

“We had fire down below in the basement, and then we also had fire working in the attic,” Fitzgerald said. “So we had to attack it a little bit differently than we normally would because we had two different spots that the fire was working.”

The cause of the fire is unknown, and fire crews are investigating to determine what happened. Fitzgerald said he had not personally viewed the damage, but he said based on descriptions he would estimate that between $80,000 and $100,000 in damages were sustained.

There were no injuries reported and there was no damage to any of the other homes near the residence that caught on fire.

“It was a stubborn fire just because we had the two fires working, but, yeah, we were able to get it in a pretty good amount of time,” Fitzgerald said.