2 men from Utah injured after gyroplane crashes in Colorado 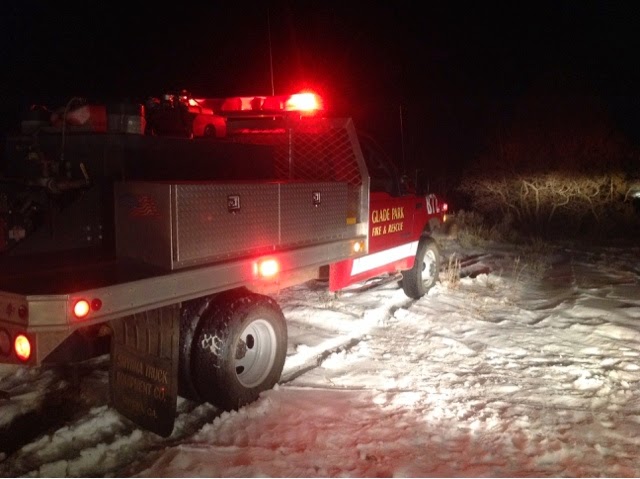 WESTERN COLORADO – Two men who were flying a gyroplane back to Spanish Fork, Utah were taken to hospitals after the aircraft crashed in a remote area of Western Colorado Monday night.

According to information posted by the Mesa County Sheriff’s Office, 53-year-old Mike Burton of Pleasant Grove and 30-year-old Josh Humphries of Payson were both taken to St. Mary’s hospital after the crash.

The gyroplane crashed on private property in the Glade Park area in an area crews described as being remote, and search and rescue crews used snowmobiles to access the site. The crash occurred sometime around 5:30 p.m., and by 8:22 p.m. it was confirmed crews had made contact with the men.

A medical helicopter landed at the site around 10 p.m. to transport Burton to St. Mary’s. The man was complaining of pain/issues with his back. Humphries initially declined medical attention but was later transported to a hospital by ambulance Tuesday morning.

Search and rescue operations concluded at about 1:30 a.m. Tuesday. As of Tuesday afternoon, Burton remained in the hospital and the other man had either not been admitted or had been admitted and then released.

Specific details about the cause of the crash or the condition of the aircraft after the crash were not immediately clear. Officials with the Mesa County Sheriff’s Office stated the FAA has been notified of the crash and will be the primary investigative agency.

The make and model of the gyroplane is unknown, but the photo below shows an example of a gyroplane, an Irkut A002M.

FILE: A photo of a gyroplane courtesy Wikimedia Commons.