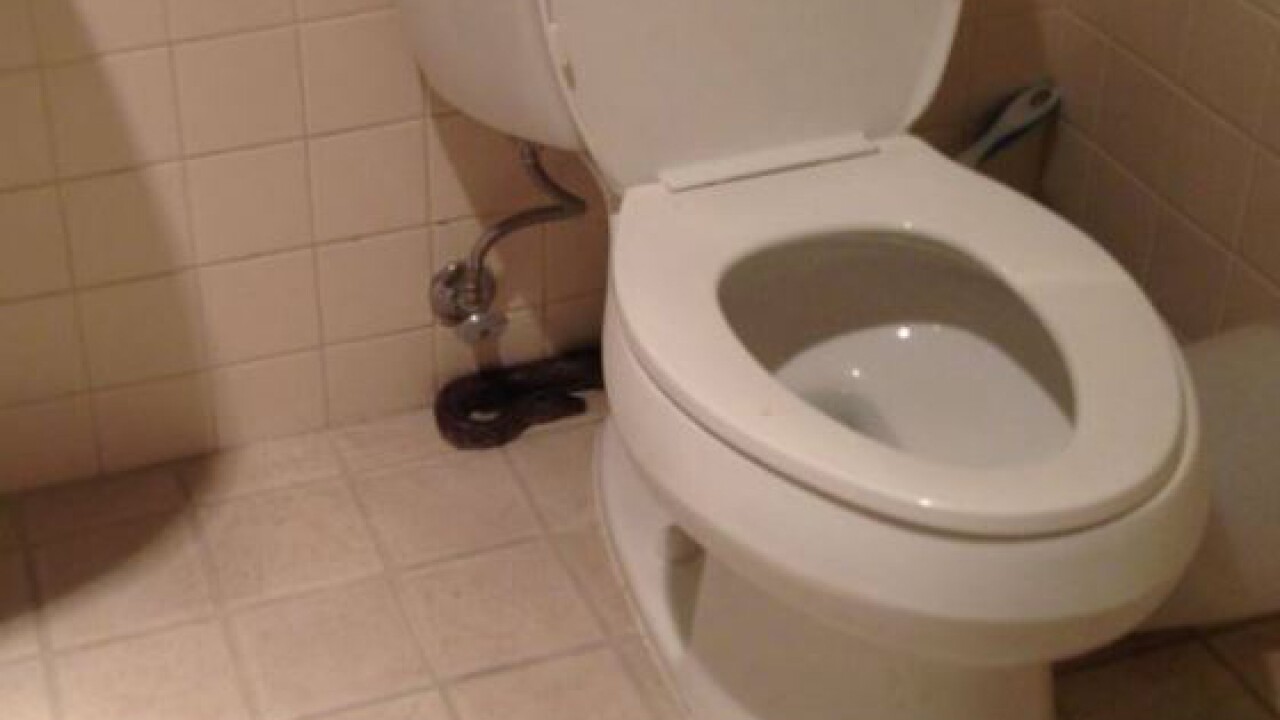 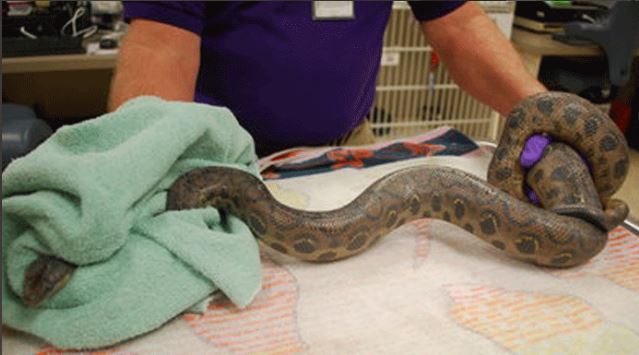 SAN DIEGO, Calif. – Plumbers often use a tool called a snake to clear pipes, but two women in San Diego reportedly found a less-welcome kind of snake inside of a toilet at their workplace.

KSWB FOX 5 in San Diego reports Stephane Lacsa and Holly Wells noticed the water in their toilet was at a higher level than usual. When Lacsa grabbed a plunger, she said she noticed something coming out of the toilet: a 5-foot boa constrictor.

The woman fled the bathroom screaming after seeing a flicking tongue, and then reportedly tapped the door to the bathroom shut. San Diego County Department of Animal Services personnel arrived at the bathroom to find the snake outside of the toilet and curled up behind it.

Animal control officers transported the snake to a veterinarian. It was not clear how the snake got into the toilet.