Family in minivan dragged under semi for 16 miles, no one seriously injured 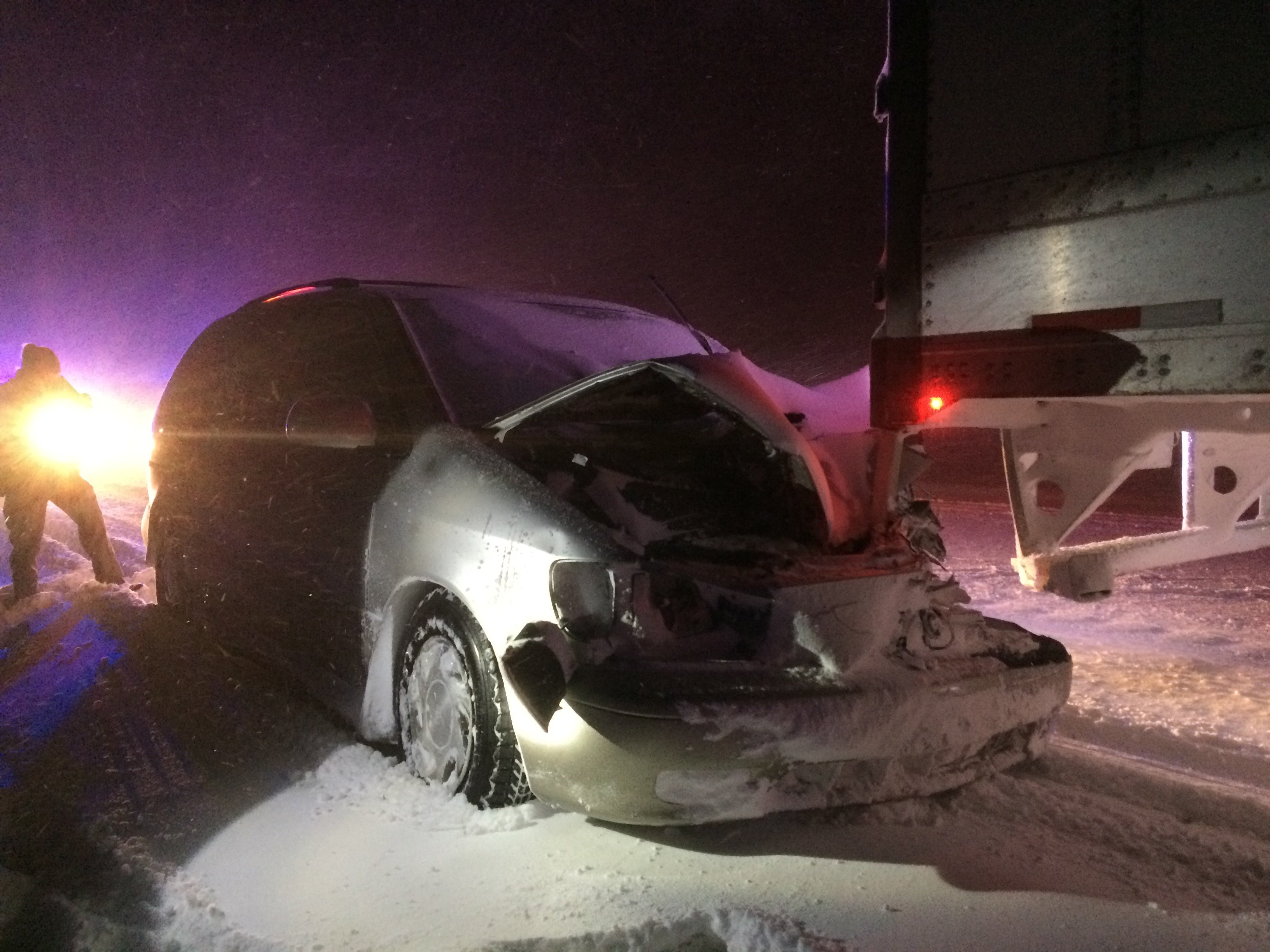 ROSCOMMON, Mich. – A minivan with four people inside was dragged for 16 miles by a semi-truck on a Michigan highway.

The occupants of that van called Roscommon County Central Dispatch just before 2 a.m. on Jan. 7.

They said because of poor visibility due to snow, they had rear-ended a semi-truck on northbound I-75 south of Roscommon and had become lodged under the trailer.

The truck driver wasn’t aware of what was going on and continued to drive.

Because of the snow, they weren’t able to tell dispatchers where they were.

Roscommon and Crawford County deputies were sent out and officers stopped the semi-truck driver just south of Grayling.

The four people inside the minivan were taken to the hospital for evaluation but officials said they don’t appear to have serious injuries.