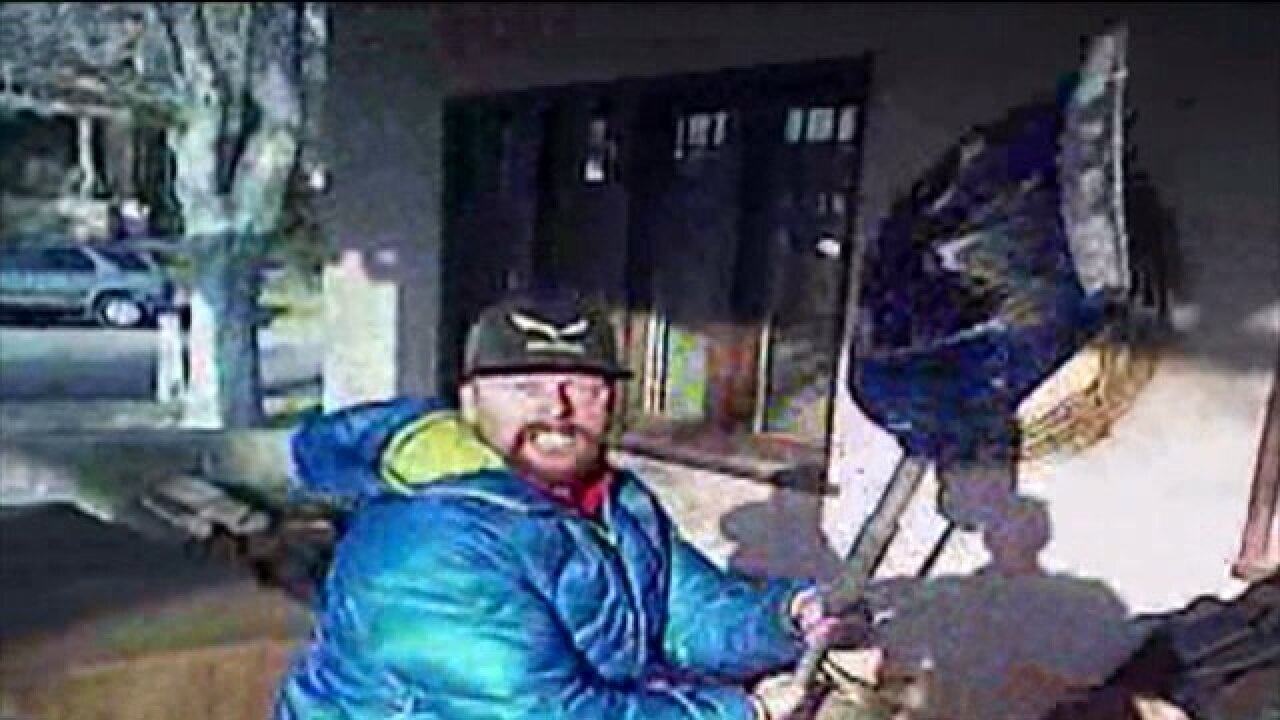 SALT LAKE CITY -- A heated exchange between a Salt Lake City police officer and a man was captured on camera moments before the officer shot him.

Police released the body camera footage Friday, just one day after James Barker, 42, was killed in the Avenues neighborhood of the city.

In the video, you can see the officer approach Barker on the porch of a home.

“What are you doing in the area?” the officer asked.

When Barker explained he was offering to shovel snow, the officer responded that there is little snow on the ground and tells Barker that neighbors have called police about him.

The officer then asked Barker for his name.

Approximately a minute into their conversation, things escalated. The officer disputed Barker’s claim that he was out shoveling snow, and Barker got defensive.

“Why aren’t you giving me your name?," asked the officer. “You know you’re required by law to give me your name when I’m doing an investigation or you can be arrested for failure to give me information.”

As they continued to argue, Barker became increasingly agitated and began screaming at the officer.

The video shows Barker stepping back and holding his snow shovel above his head. At that point, the officer appears to turn and the camera stops.

According to police, Barker hit the officer multiple times with the shovel, which disabled the camera. Seconds later, Barker was shot.

Grow was driving down I St.  just as Barker and the officer started physically fighting. According to him, one of them tackled the other to the ground, outside a house on the street.

“One guy flies off the porch, somebody else flies off the porch and lands on him," Grow said, "I’m thinking this must be two roommates who came out of the house and are going to settle on the lawn. But then next thing I saw, he pulled out a gun and shot him.”

Barker lived just a block away from where he was killed, and according to his friends, was well known on the street.

“What I do know is that James wasn’t doing anything criminal,” said Summer Osburn, who went to college with Barker.

On Thursday, Barker’s girlfriend had asked him to break up some ice on their property. After he was finished, Osburn said he decided to offer the services to neighbors on the street.

Police have said it was a neighbor who called them about Barker, stating he looked like a suspicious person they’d seen in the area before.

Barker had lived on the street for 10 years.

“I think that there tends to be an over emphasis on what was the victim doing instead of a discussion around what could the police be doing,” said Osburn. “Why is the bullet the first response? Why aren’t there other efforts to disengage some sort of conduct?”

The shooting remains under investigation.