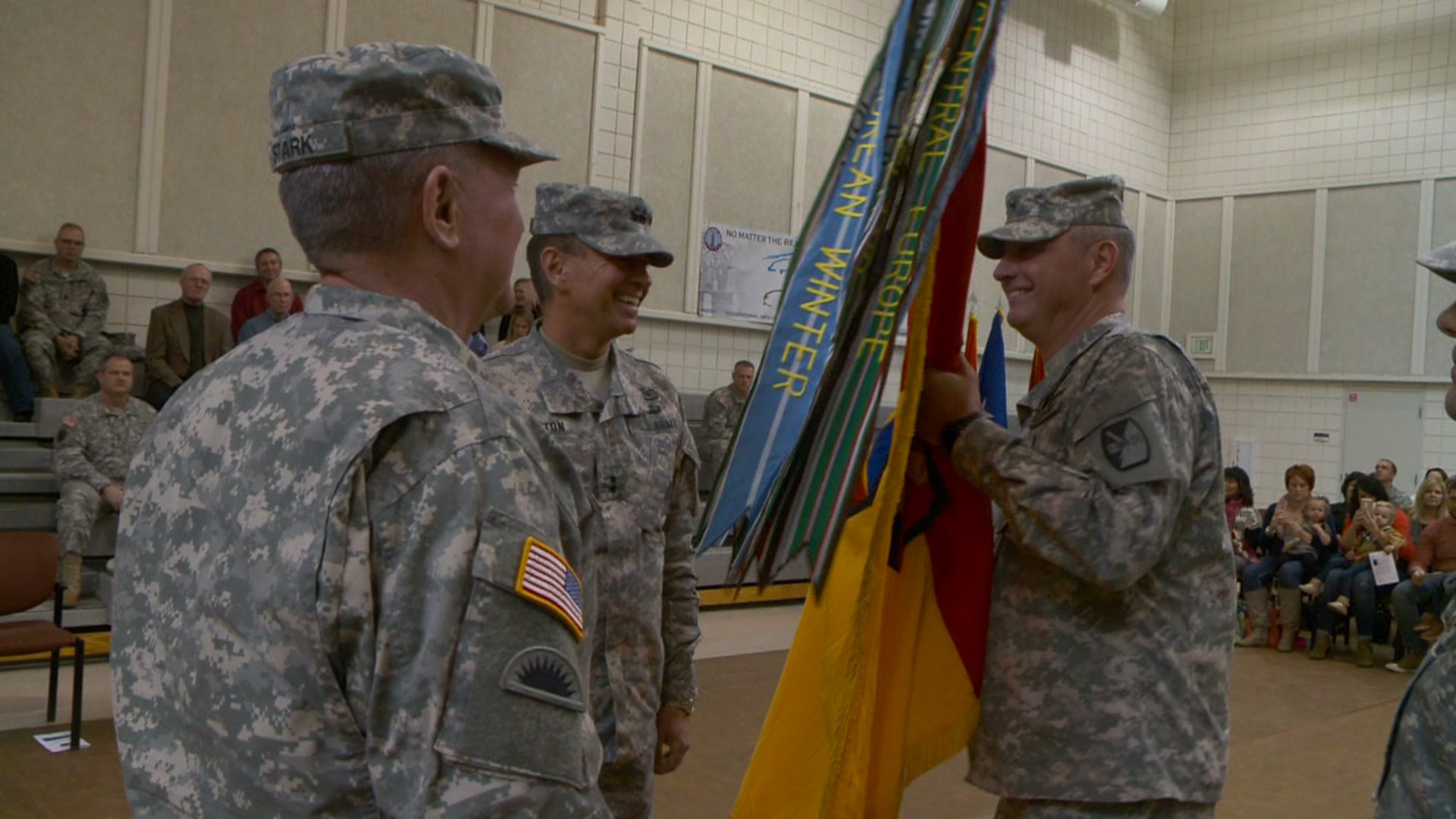 Col. Brent Stark passed command of the brigade to Col. Todd O. Thursby, who assumes command of about 600 National Guardsmen throughout the state of Utah.

Thursby began his career as an operations officer in 1988. He said he is confident his brigade can handle the challenges ahead.

“There’s going to be a lot of challenges ahead with the fiscal constraints, so we’re going to have to do a lot more with less money,” he said. “But these guys here are real good thinkers, we’ll get through this, and we’ll be a relevant and ready force.”

The 65th has the mantra “America’s Thunder”, and Thursby said he is honored to take command.