SALT LAKE CITY -- A crowd of around 200 people gathered in protest outside the Salt Lake City Public Safety Building Saturday afternoon to rally for changes in the way shootings involving police are investigated, and many in attendance were present to honor the memory of a man who was fatally shot by a police officer during an altercation Thursday.

James Dudley Barker was shot and killed by a Salt Lake City police officer Thursday after an investigation into reports of suspicious person going door-to-door and offering snow shoveling services escalated. Click here for details as well as video footage from the incident.

According to information from the group Utah Against Police Brutality, the protest is part of an ongoing campaign seeking a requirement that all fatal shootings involving police be investigated by a third-party. The campaign is inspired by a bill in Wisconsin, AB409. There were also many friends of Barker's in attendance, and they spoke about their friend.

"It took me a while to get over the disbelief that he of all people would be involved in an altercation of any kind," said Martin Stensaas, who said she has been a friend of Barker's for eight years.

Summer Osburn, a neighbor and family spokeswoman who has known Barker for 20 years, said people shouldn't judge Barker's character based solely on the video.

"What people saw in that video was probably the most frustrated moment of his life," she said. "And, who wouldn't be frustrated? He's going door to door trying to earn a buck."

The conversation between the officer and Barker escalated Thursday as the officer stated there didn't appear to be snow in the area to shovel, and with Barker insisting he was offering a service and just "Doing my business."

Several speakers focused on Barker and his life, while others' comments were more focused on a call for changes in police practices and procedures.

UABP organizers stated on their Facebook event page regarding the rally: “We believe that if the police take a life, they should not investigate themselves. The shooting of James Barker is yet another case which should be handled by an impartial, third-party, with no departmental affiliations.”

Organizers also stated they were calling for a peaceful demonstration and non-violence on the part of those at the rally as well as police in the area.

Osburn  said she believes the officer could have acted differently.

"That's what we see in the video... there was a chance to step back," she said.

She said she believes Barker would be sad to see an issue divide the community, and she said she believes he would want it to be seen as an opportunity for the best parts of people to come out. Others at the rally said they would like to see more training for police officers regarding ways to handle such situations without using lethal force, which they called de-escalation training.

Police who spoke with FOX 13 News said they had no further comments regarding the shooting or Saturday's rally at this time.

Visit theUABP Facebook page for more information about the rally and their movement.

See the links below for further details regarding the shooting as well as video from that encounter.

Man who attacked officer with shovel shot, killed by police 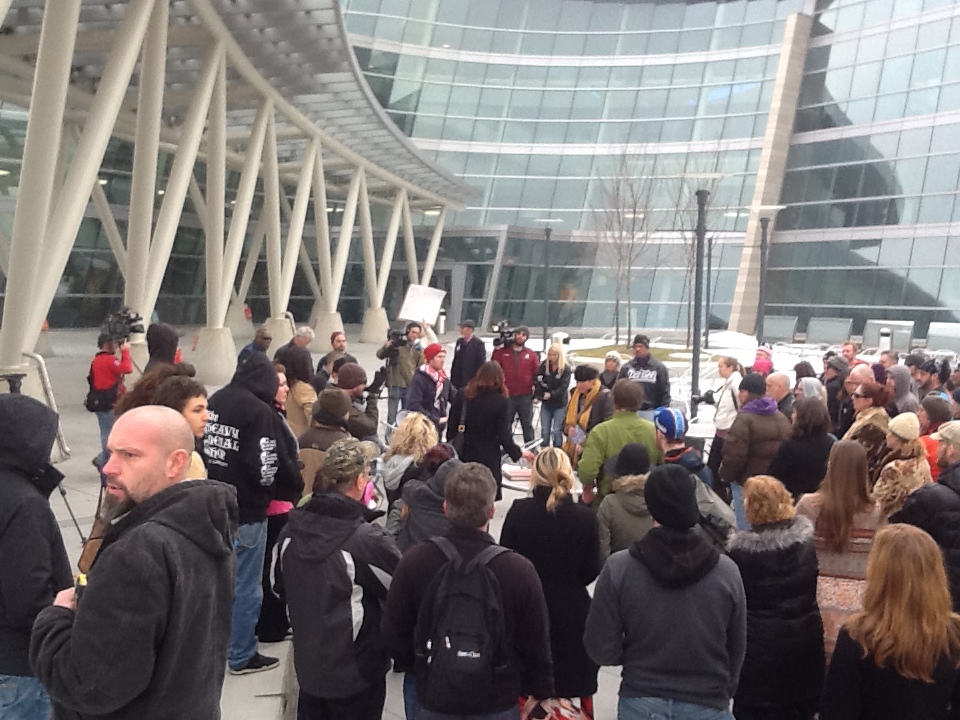 A second officer-involved shooting occurred in Utah Thursday. The incident, which did not result in a death, took place in Syracuse. Click here for more information.