OGDEN CANYON, Utah -- Sheriff's deputies closed Highway 39 temporarily Sunday morning to investigate four slide-off accidents, and while they were investigating a police vehicle was struck by a driver who fled the scene and was later determined to be under the influence.

According to a press release from the Weber County Sheriff's Office, deputies responded to several traffic accidents on Highway 39 in Ogden Canyon near 4500 East around 10:40 a.m.

Light rain and cold weather created slick, icy conditions on the roads, and there were four vehicles that slid off the road, one of which wound up on its side. Police shut down the roadway and investigated the accidents while also waiting for trucks to arrive with salt and sand for the roads. There were no injuries reported in connection with the crashes.

Cpl. Nealy Adams parked his patrol truck in the roadway with emergency lights on in order to stop westbound traffic. A short time later, after Adams exited the vehicle, a truck came around the corner at a high rate of speed and hit his truck.

"The people on the north side of the road started yelling, 'Look out, look out,'" he said. "I turned around, and there was a large, white Ford F250 coming at me."

The driver didn't stop after the impact.

"He ended up being able to drive right past the ambulance and the guard rail without striking anybody, or any of the firefighters on scene as well," Adams said.

"He actually fled," he said. "Accelerated and left the area. My truck was not damaged bad enough, I was able to get back in my truck. I was able to catch up and stop the vehicle about a mile away from where the accident occurred."

Police stated they determined the driver of that truck, 22-year-old Bruce Southwick, was impaired. Utah Highway Patrol troopers responded to the scene and arrested Southwick on multiple offenses, including DUI, possession of marijuana and leaving the scene of an accident.

Southwick, an Idaho resident, has bailed out but will likely have to return to Utah at a later date to face formal charges.

"We have a truck that was damaged, [it will] be out of commission, but no one was injured," he said.

Findlay added that this isn't the first time a patrol vehicle has been involved in this sort of crash.

"We see it from time to time, and, unfortunately, it seems to be with impaired drivers," he said. 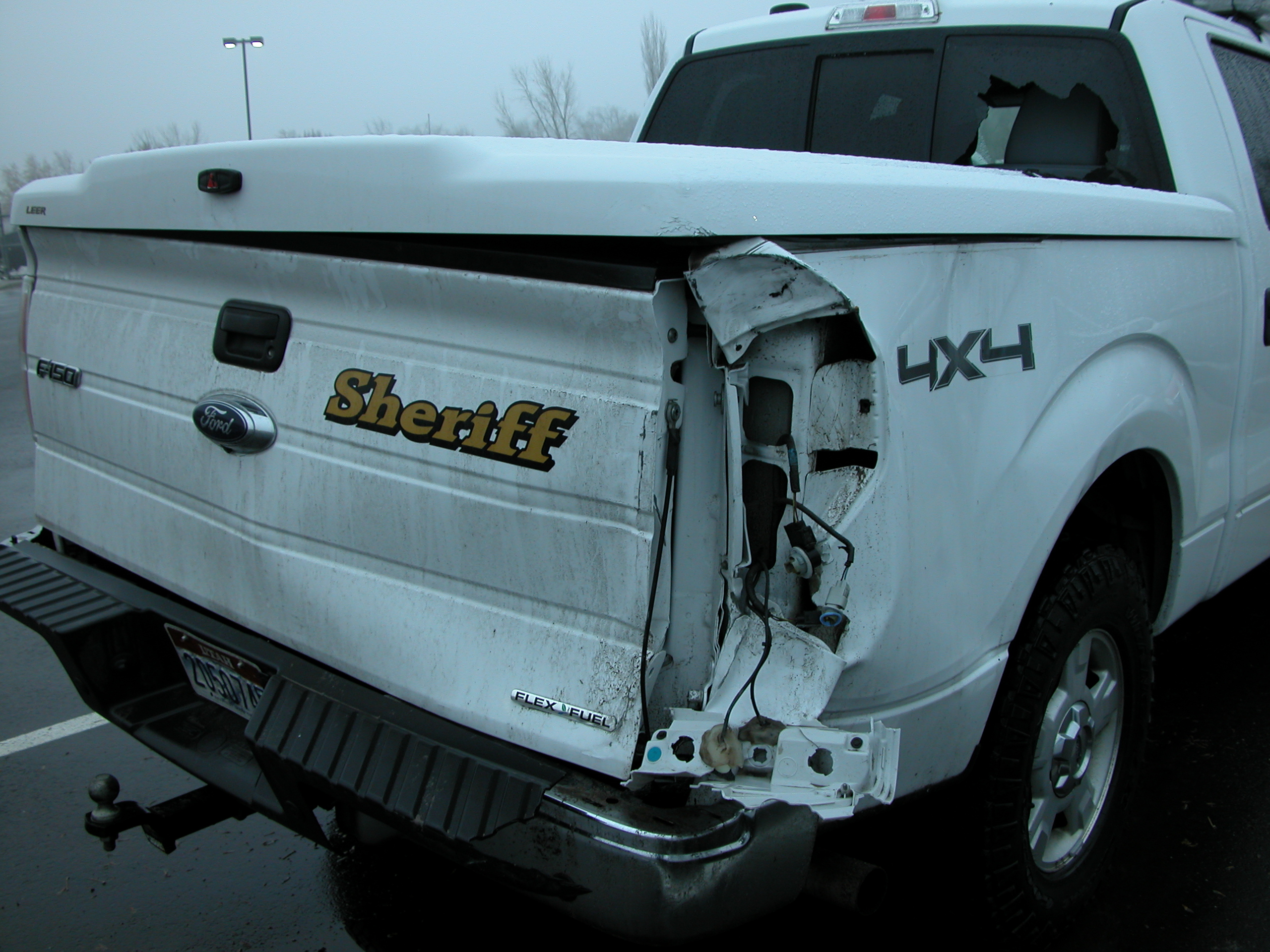