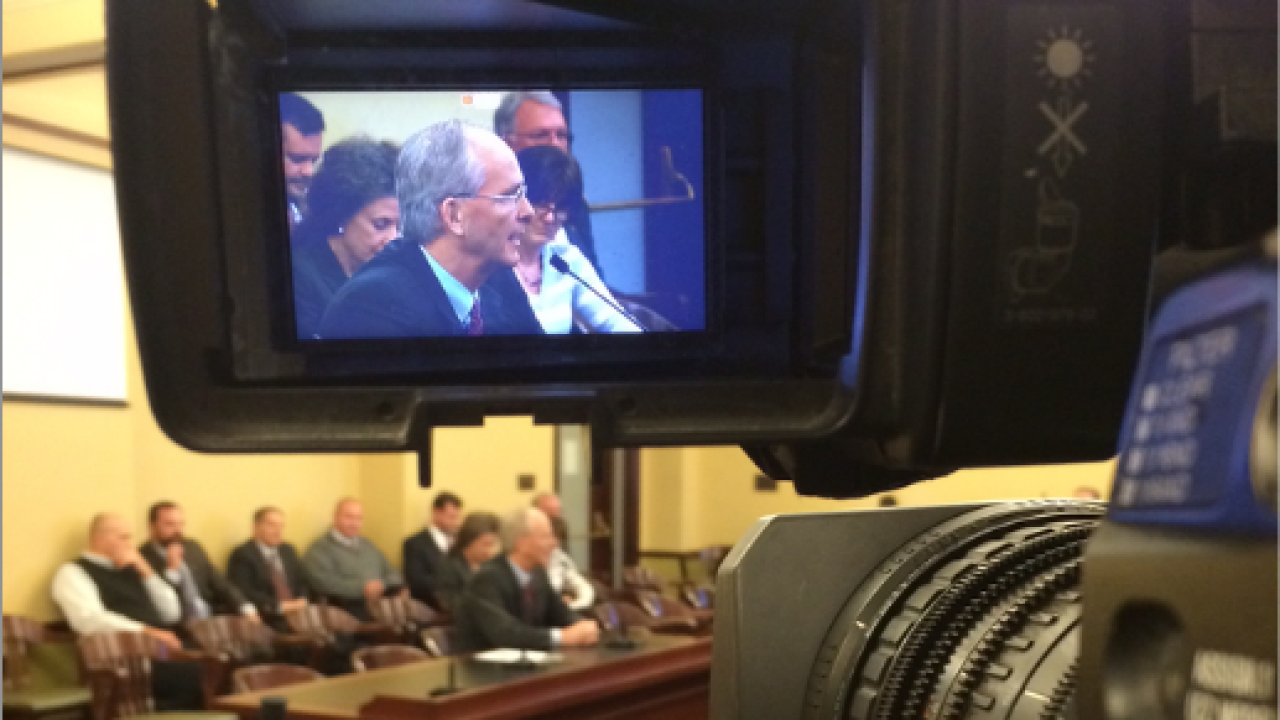 In a brief hearing on Monday, St. Mark's Hospital CEO Steven Bateman was questioned by senators over the nomination to the Utah Department of Alcoholic Beverage Control Commission. In his remarks to the committee, Bateman said he saw his role to "facilitate an efficient and effective distribution system, while not necessarily promoting the consumption of alcohol."

Sen. Karen Mayne, D-West Valley City, quizzed Bateman on his views of liquor privatization (he spoke about guarding against overconsumption) and Sen. Curtis Bramble, R-Provo, asked his views on Zion Curtains and alco-pops (Bateman said he would "like to get a little more informed" to both).

All voted to advance Bateman's nomination to the full Senate. There was no public comment on the nomination.

"Do we say congratulations or condolences?" Bramble joked after the vote was taken.

Bateman would replace Dennis Nordfelt on the DABC commission, who passed away last year. He would be a part of a fairly controversial body that enforces liquor laws and policy passed by the legislature. Utah is a perennial target for its quirky liquor laws and restrictions on drinking.

"I'm not a drinker," Bateman told FOX 13 outside the hearing.

But Bateman said he does not believe it would affect how he would deal with liquor policy.

"I need to be, in this role, very even-handed, open-minded and, as I tried to answer the Senator's questions, with a judicious approach, a reasoned approach. That's the thing I'd try to do," he said.

There are only two known drinkers on the seven-member DABC commission.

“The governor feels Steve Bateman brings a unique and important perspective to the Alcoholic Beverage Control Commission. Having served as the chief executive officer of St. Mark’s Hospital, his leadership and extensive knowledge of the health care industry will be valuable as the commission sets policies regarding alcohol product control.”