Man boards delayed flight, discovers ‘I am literally the only person on this plane’ 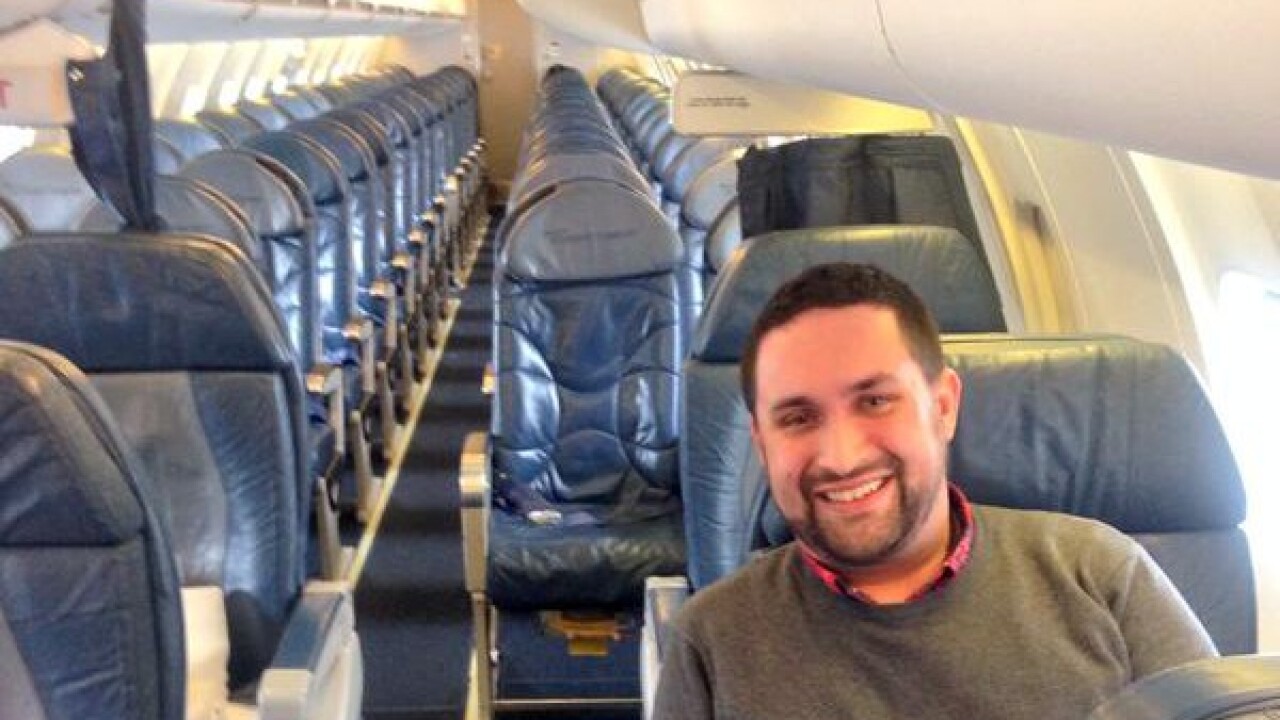 CLEVELAND, Ohio – It started with a very delayed flight.

I have the most-delayed flight out of Cleveland today. pic.twitter.com/7jeRjJvYeh

Beer blogger Chris O’Leary was trying to get home to New York City from Ohio.

Usually a delayed flight would be bad news, but not today for O’Leary.

They rebooked everyone but me on another flight to LGA, so I am literally the only person on this plane. pic.twitter.com/ZZNPACUOfR

Just got a personal safety briefing from my two flight attendants.

No, I'm not joking. I'm the only one on this plane. pic.twitter.com/UcZ8BZLop1

The thrill is gone, you guys. Just as we were about to push back, they reconnected the jet bridge to let a second passenger on the flight. 😥

Still we’re thinking O’Leary probably was able to fully recline that seat with no one complaining from behind.

Friend's reaction to my flight today: "it was nice you let that other person fly with you."