Ogden toddler kidnapped in stolen car, aids police in his own rescue 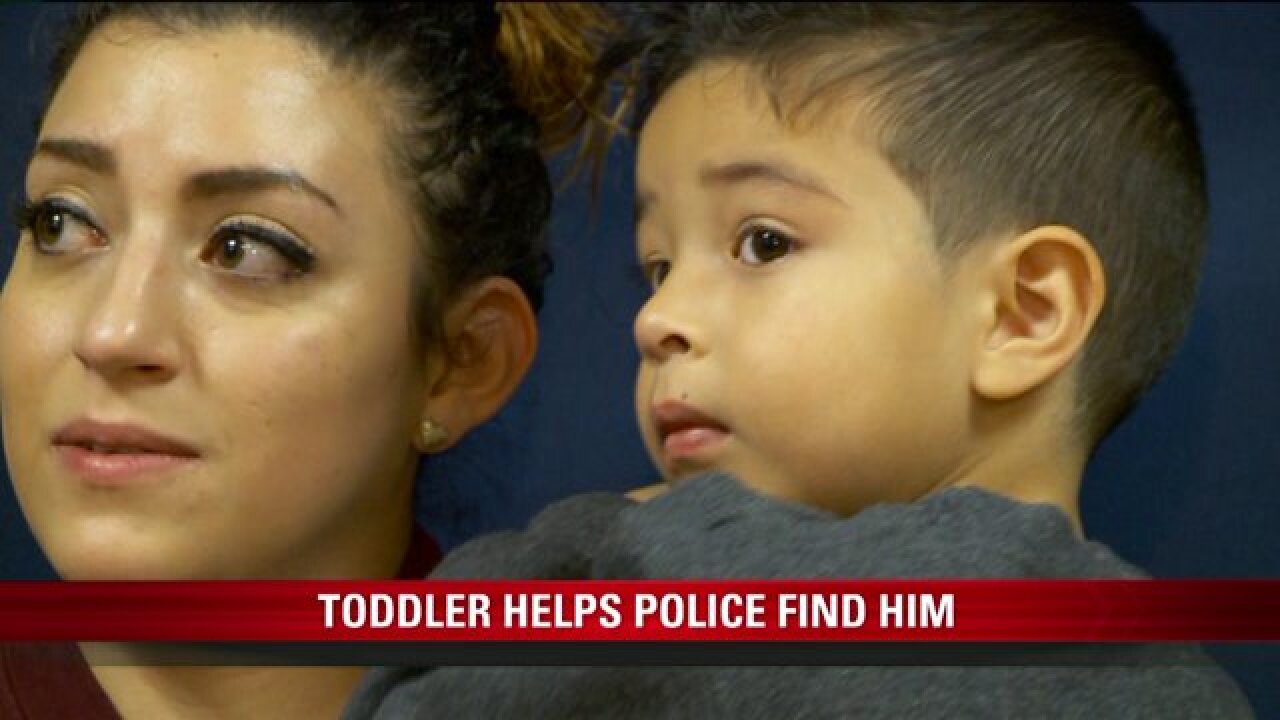 OGDEN, Utah - Authorities said a 3-year-old boy is safe after a suspect stole a car with him inside Tuesday morning.

Aiden is awarded honorary Jr. Police Officer for the day for his heroic acts. Aiden is a HERO! pic.twitter.com/OunrpB9HbS

Police said the toddler's mother, Elizabeth, was dropping off another child at daycare and left 3-year-old Aiden in the vehicle, as well as her cell phone.

Officers called the Elizabeth's phone hoping either Aiden or the suspect would answer.

Authorities said the 3-year-old boy answered the phone and told officers he was alone in the abandoned car.

Police told Aiden to start honking the horn, he did and authorities found him moments later.

Aiden was not injured and was back with his mother just 45 minutes after the car was stolen.