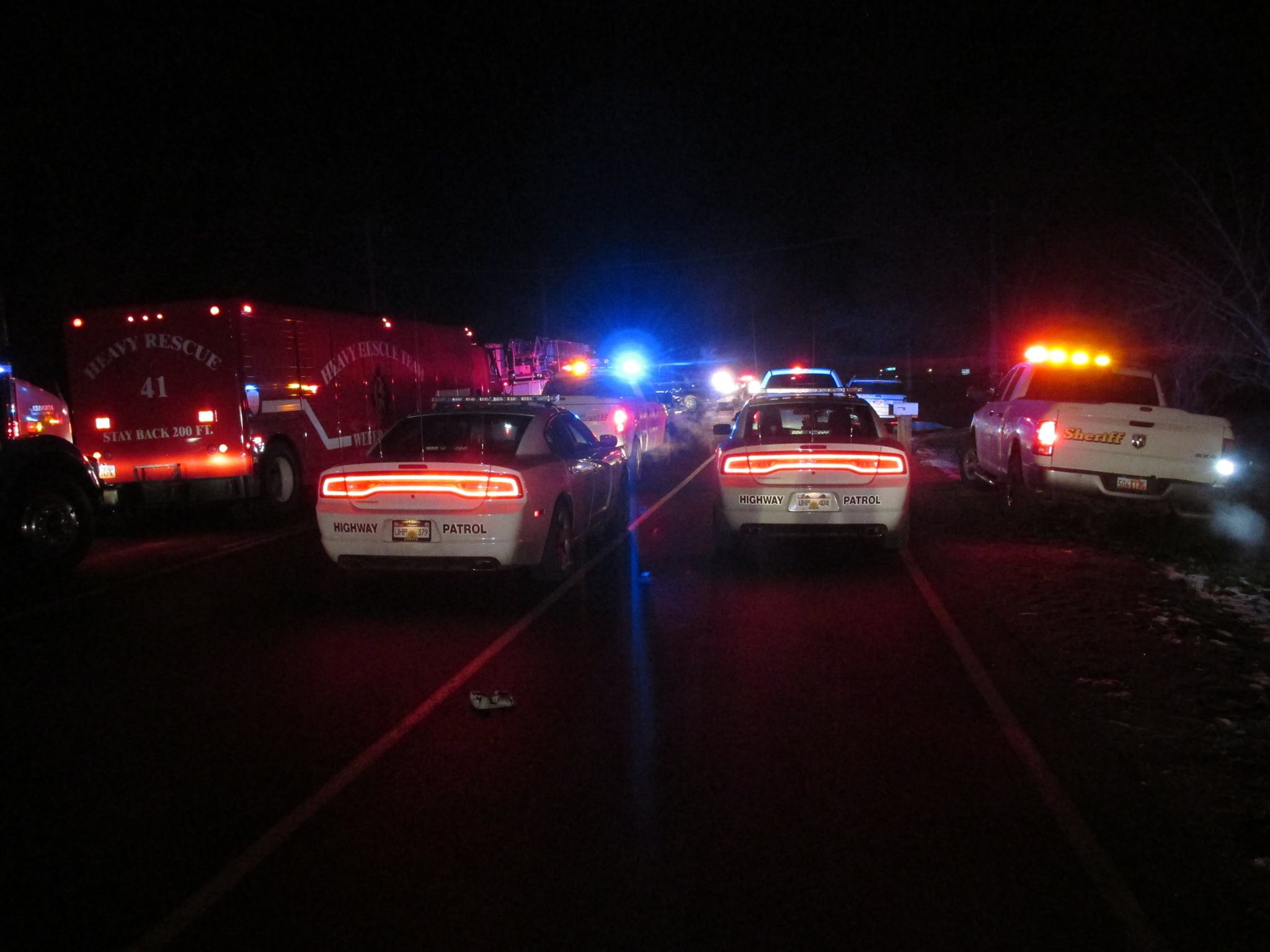 WEBER COUNTY, Utah – A man was killed in a traffic accident in Weber County Friday night, and the crash involved a truck as well as a tractor that was pulling a trailer.

According to information from the Weber County Sheriff’s Office, the crash occurred around 6 p.m. in the area of 6700 West 900 South in West Warren.

Police stated that Michael Hollis Parker, a 56-year-old man from West Warren, was traveling eastbound on 900 south on a farm tractor that was pulling a flat bed trailer. The man was going an estimated 5 to 10 mph, and he was on his way to feed some of his neighbor’s livestock. Police initially told FOX 13 News the crash involved two trucks, but they corrected that information later Friday night.

A 33-year-old male driving a truck eastbound crashed into the rear of the trailer, which caused the tractor and trailer to flip off the side of the road. The tractor rolled on top of Parker, “killing him instantly,” according to the press release.

Police stated there were no lights on either the tractor or the trailer, and they said the driver of the truck “Never saw Parker on the tractor.”

The truck rolled three times down the middle of the roadway and came to rest on its wheels. The driver of the truck was not injured. It is estimated the truck was going about 50 mph at the time of the crash, which is the posted speed limit.

The release stated: “900 South is a major thoroughfare to the western half of Weber County. It is a dark, narrow, two-lane road that leads to several businesses near Little Mountain. The area is sparsely populated, but the road is heavily traveled through primarily rural, farm country. The cause of this accident is still under investigation but it appears the lack of proper lighting on the tractor and trailer were the main contributing factors that led to this crash, with the driver of the truck never seeing the equipment in front of him.”