DRAPER, Utah -- A chase and struggle, followed by a shooting, was all caught on camera by police involved in a shooting in Draper Wednesday morning.

Jeffrey Nielson, 34, was killed in the shooting after police said he attacked them with a knife.

It begins with West Valley City Police officer Jason Vincent questioning Nielson on the side of a street.

“If there’s dope in your car, now’s a good time to say. You can smell it,” Vincent said.

“There’s not dope in the car," Nielson responded.

The exchange is brief, with Nielson explaining he’s “lost everything” and does not sell or do drugs.

Over the next 15 minutes of video, Nielson appears calm, and he is compliant with officers' commands.  Eventually, police said they discovered evidence of drugs in Nielson’s vehicle, which prompts them to put him under arrest.

Nielson sits down on the sidewalk, cuffed, and at one point an officer helps him light a cigarette, at Nielson’s request.

A Draper police officer begins to remove Nielson’s handcuffs, in order to replace them with ones from West Valley City, the department handling the case.

“As you can see, from watching this, how dynamic things are and how quickly things change,” said Draper Police Chief Bryan Roberts.

An evidence photo of a knife used by a suspect who was shot and killed by police in Draper. Image via Draper PD.

The video shows Nielson running from police, back to his car.  As he tries to jump in, a struggle ensues, at which point police said Nielson pulled an 8-inch blade from the car.

The body camera, worn by one of the Draper Police officers, fell to the ground amidst the struggle. But seconds later, five gunshots are heard.

“The suspect had a knife in his hand,” Roberts said, “The officer perceived a threat of great bodily injury to himself and those other officers.”

Police said Nielson had told them about the knife being in his vehicle. Police said they did not remove the knife because at the time it was not relevant to their drug investigation.

Nielson was shot a total of five times, with wounds to the side, arm, back and front--according to Roberts.

Prior to the shooting, Roberts said a West Valley police sergeant did attempt to use a Taser on Nielson, but it was ineffective.

“We can assume we have a cooperative person that we are contacting, but all the while there is something else going on in that person's mind,” explained Roberts. “And then it changes so quickly.”

Officer Vincent of West Valley fired all five of the shots.  He was immediately put on paid administrative leave, pending an internal and external investigation.

The other officers, two from Draper and one from West Valley City, have been allowed to return to duty.

Family of man shot, killed by police says drugs led him into trouble 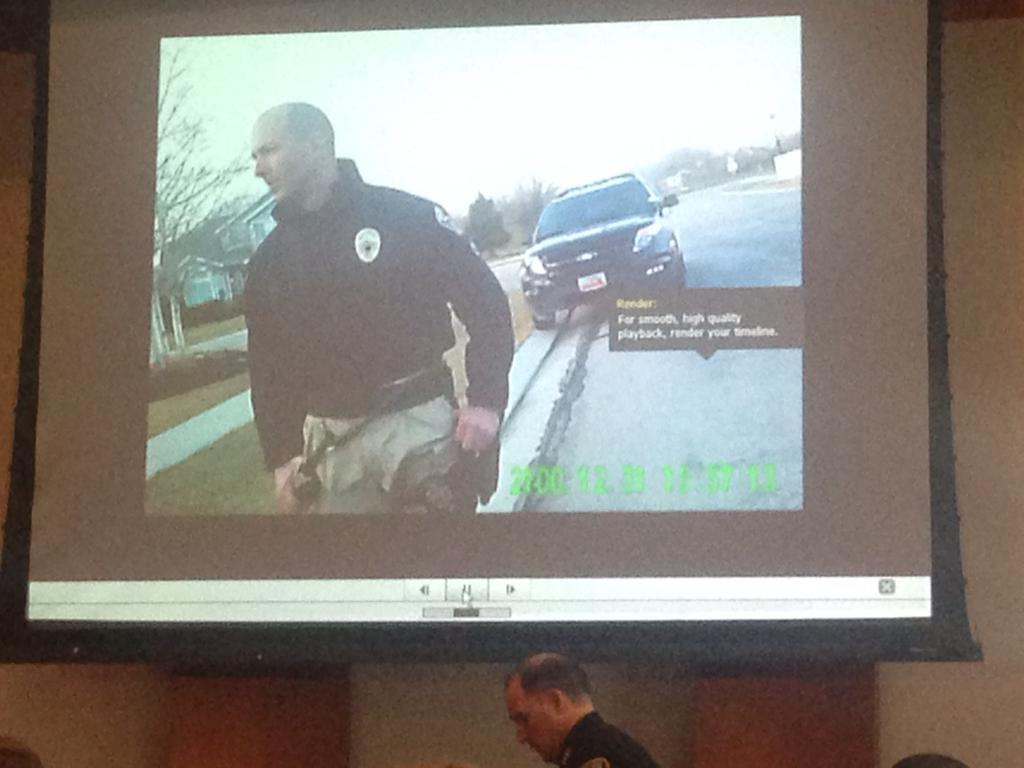