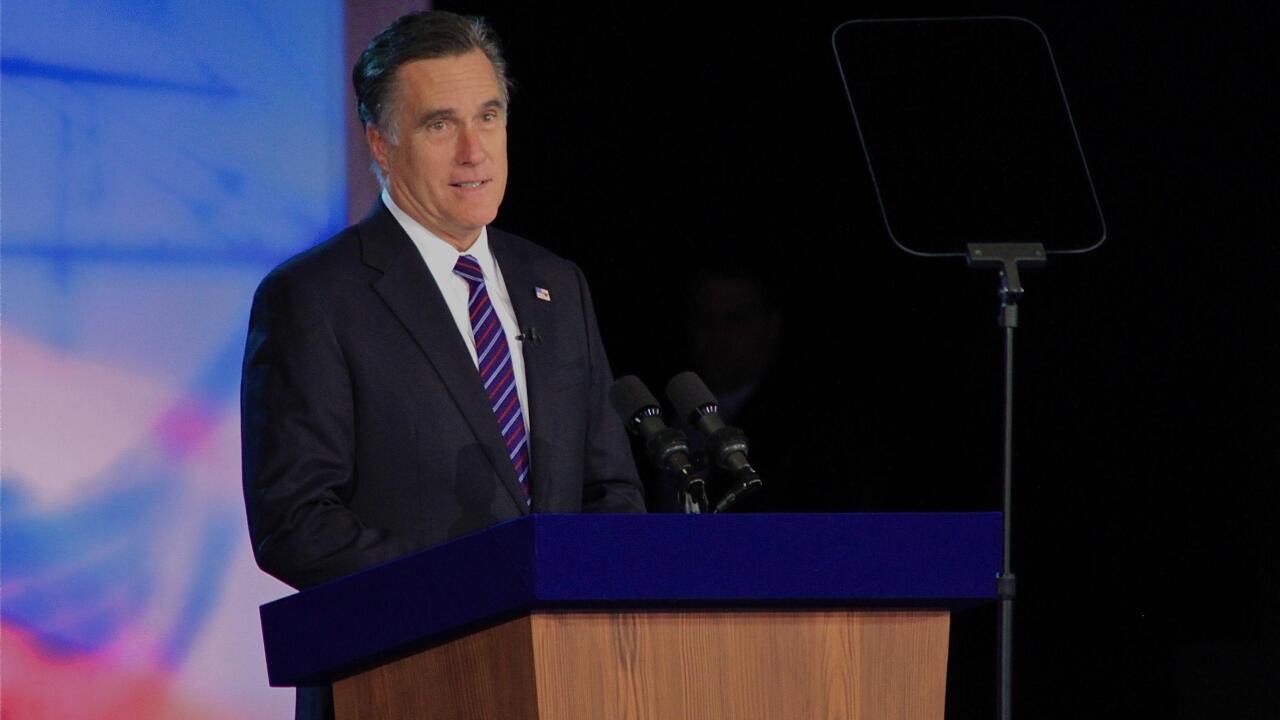 “The results of the Hillary Clinton-Barack Obama foreign policy have been devastating and you know that,” Mitt Romney told National Republican Committee members in Coronado, California on Friday night. Romney highlighted examples of terrorism in France, Nigeria and Yemen as examples of how policies from Obama and Clinton haven’t worked to make America safer.

The highly anticipated speech lasted under 15 minutes and Romney, who at first appeared with his wife Ann, didn’t offer any further details on where he is in the decision process on whether to run for president again. Instead, Romney spent a good portion of his opener crediting the new wave of 2014 Republican winners from the midterms and praising the RNC’s efforts this past year as well as the previous election cycle.

It’s been a busy week for the former 2012 Republican nominee, who is suddenly leaning in for a 2016 presidential run. And political insiders will be watching Romney’s Friday speech closely, looking for every indication of how serious the former nominee really is.

So far, it looks like he’s pretty serious. Romney spent the last week phoning donors, former staffers and political backers, letting them know that he’s seriously thinking about entering the 2016 fray of Republican hopefuls — signaling to everyone else that he doesn’t care who knows.

The former presidential candidate — who indicated he was through with his presidential aspirations after the 2012 campaign — is already beginning to assemble a campaign team. Colin Reed, who’s worked in Romney’s press operation before, is already going to work for Romney on a “volunteer basis.”

Even Reince Priebus, the RNC’s chairman, believes Romney is likely to launch a presidential campaign.

“I was betting Romney wasn’t going to run, so I owe a couple of dinners on that – I think I’m probably going to have to be paying,” Priebus told the Washington Post on Thursday.

For those questioning a third run — many conservatives are already openly opposed to the thought of a Romney re-repeat — Romney is making it known that he’s learned from his 2012 mistakes and that Romney 3.0 will be a different campaign.

The Coronado, California gathering of Republicans has been a steady spotlight for prospective 2016 presidential candidates as Wisconsin Gov. Scott Walker and neurosurgeon Ben Carson addressed the confab Thursday. Just hours before Romney took the stage, one of his most combative opponents in the 2012 primary — Texas Gov. Rick Perry — skipped an opportunity to criticize the former Massachusetts governor.