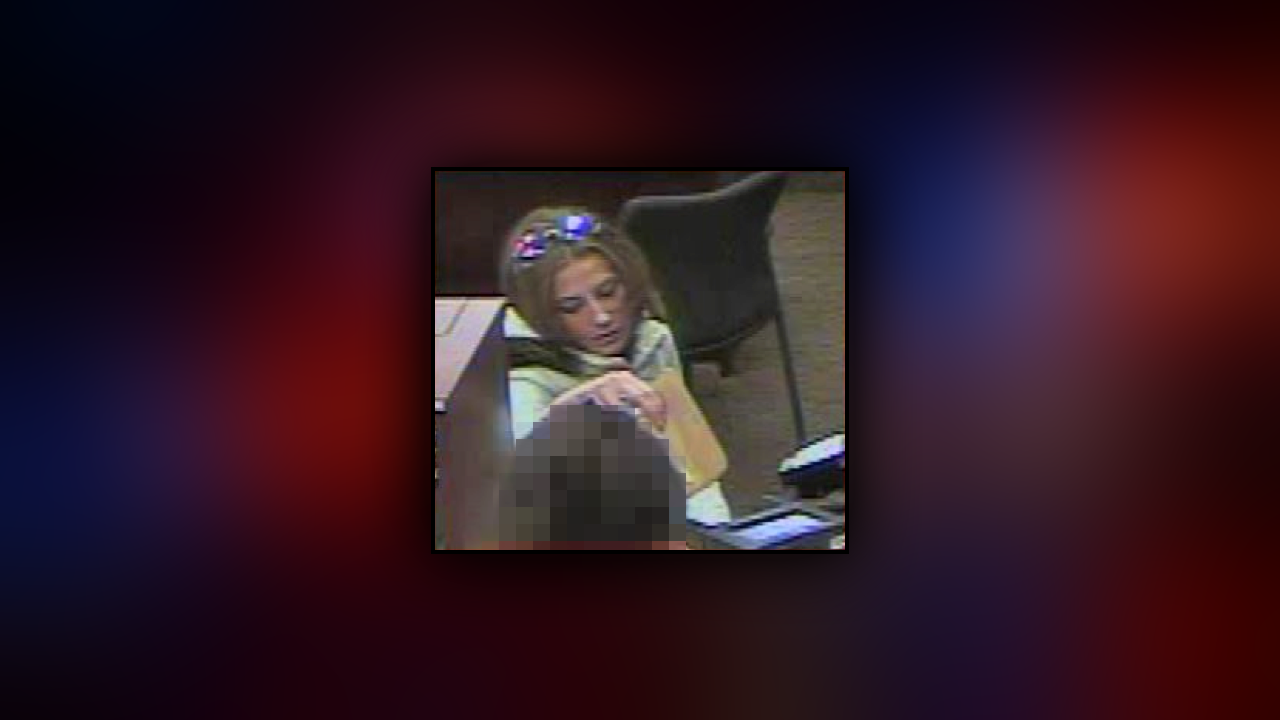 According to information from the Unified Police Department, the man and woman took a stolen check through a drive-thru window at a local financial institution, where they converted the check into a cashier’s check.

The stolen check was taken on a stolen vehicle case.

The female suspect deposited the cashier’s check to a closed account at another financial institution, and then withdrew the cash and obtained money orders. This occurred January 3.

Ten days later, the same female suspect went to another financial institution, and she was able to obtain another $500 in cash from that check.

Police said the female suspect appears to have suffered a recent leg injury, as surveillance photos from the January 3 incident show her wearing a full leg brace and riding on an electronic cart.

In the January 13 incident, the suspect shows the teller a scar on her leg and is using crutches.

The suspects are pictured above. Anyone with information about the suspects is asked to call the Unified Police Department at 385-468-9390.