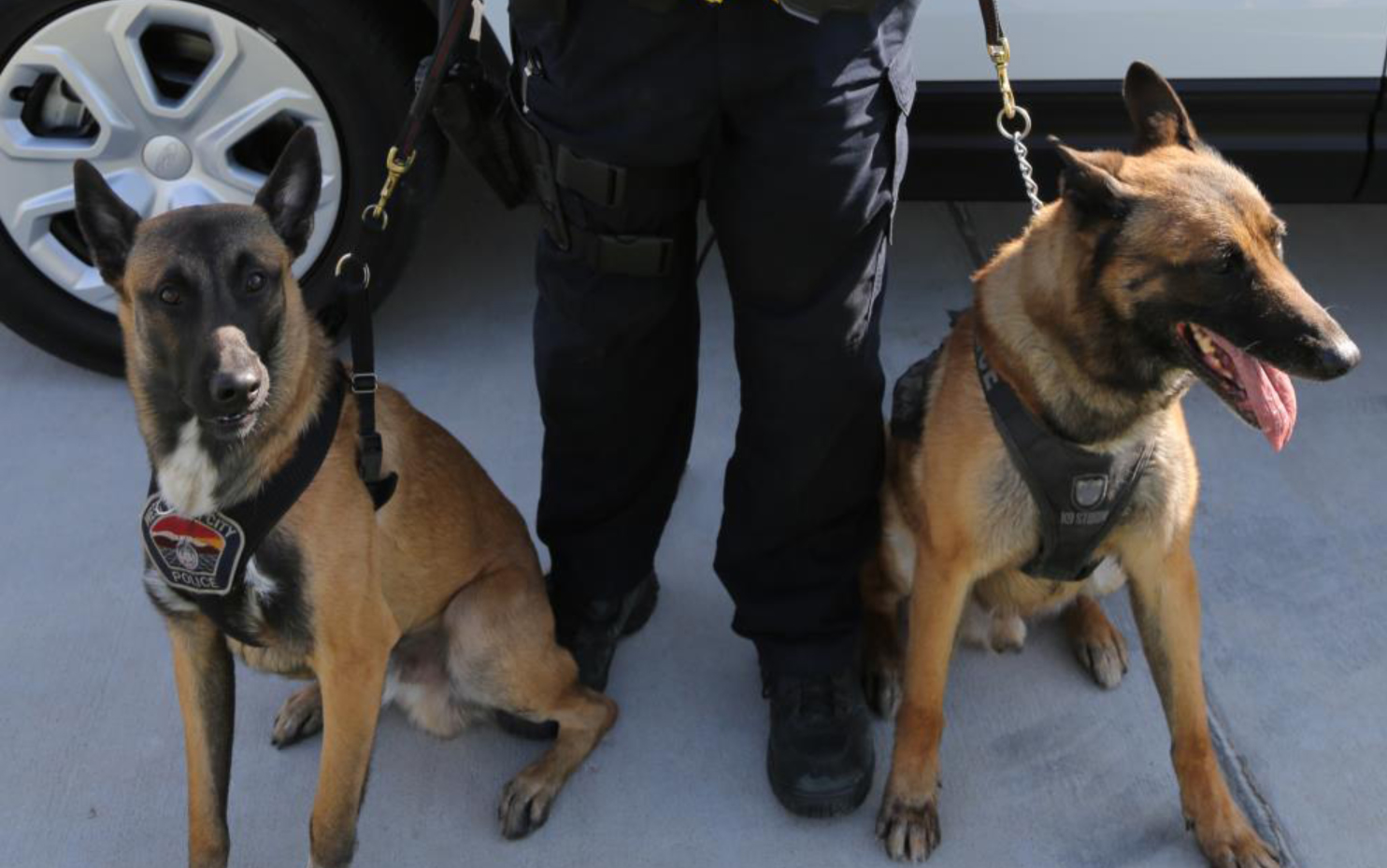 The police department said this will protect the six dogs in its K9 unit from gun shots, stabbings, explosives, and blunt force trauma.

The vests came thanks to a nationwide Groupon campaign that raised $335,000, and were manufactured by a charity organization called “Vested Interest in K9s, Inc.” The group has outfitted many other police departments around the country.

Each vest costs $950 and has a five-year warranty.

(Note: the above photos show the dogs without the vests. Check for updates.)