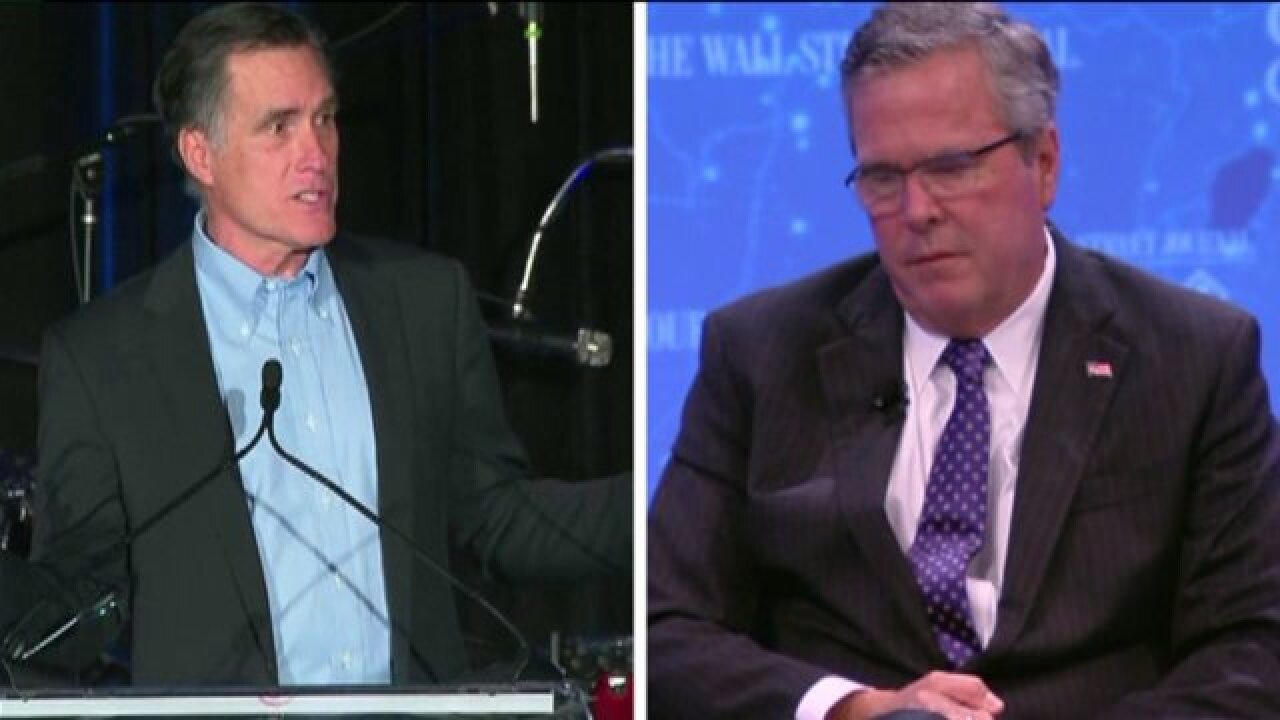 Former governors Mitt Romney and Jeb Bush as well as current Ohio governor John Kasich were all in town, and at least two of them sat down together.

In a highly publicized “secret” meeting, Bush flew into Salt Lake City to speak with Romney. The former Florida governor announced in December that he was actively exploring a 2016 presidential run. Then, Romney told a crowd of donors in January he may run for a third time. But the two kept a meeting that had been reportedly scheduled months earlier.

FOX 13 News tried to catch up with Bush at the airport as he departed, but instead ran into former Utah Gov. Jon Huntsman, who was headed out of town.

“Jeb Bush had to decide, 'Uh, do I keep the meeting, or do I cancel the meeting?'” explained Huntsman.

Having tested the presidential waters back in 2012, Huntsman said Bush was wise to have the reunion, even though it was reportedly planned months before Romney’s announcement.

“Awkward, to be sure, because they’re likely to be competitors,” Huntsman said. “But I think it would have been even more awkward to cancel. It’s better to go forward with a meeting like that, be upfront, transparent, and talk about where you’re going and, you know, the challenges ahead.”

While Romney and Bush were meeting, another possible contender was in Utah. Ohio Gov. John Kasich visited with state lawmakers to encourage them to support a proposal seeking a balanced budget amendment to the U.S. Constitution.

“The need to balance a budget is overwhelmingly supported by the American people,” Kasich said.

So, what does all of this talking in 2015 mean for 2016? It’s quite a bit, according to Tim Chambless of the Hinckley Institute of Politics.

“It tells me the Republican party is very fragmented,” Chambless said.

For him, the Bush-Romney showdown shows Republicans are lacking a message and a top candidate.

“The party is so divided in contrast to the Democratic Party that seems to be unified behind Hillary Clinton--that it’s her campaign to lose,” Chambless said. “The Republicans are undecided and they have been undecided.”

But this early competition could help decide the best competitor for Republicans to stand behind, or at the very least, narrow the playing field.

“That could be a Mitt Romney from Massachusetts or a Jeb Bush from Florida,” Chambless explained, “Or maybe a John Kasich from Ohio, or maybe a Rick Perry from Texas.”