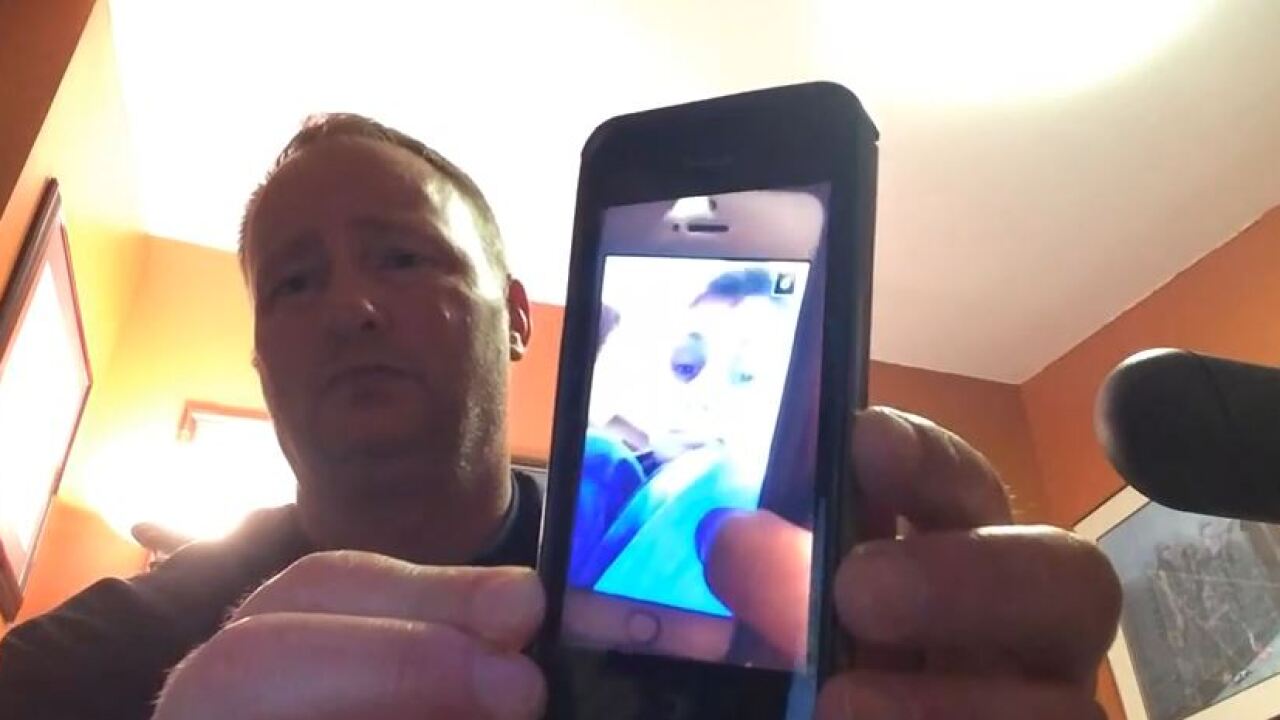 WARNING: The video below contains video recordings of Snapchat messages and voice mails containing profanity, racial slurs and anti-gay slurs. The father also briefly uses profanity while describing the person who used/defended the use of those slurs. Viewer discretion is advised.

MINNESOTA – A video posted by a Minnesota father has gathered more than 4 million views in less than a week, and the obviously emotional man is speaking out against bullying after his African-American daughter received hateful and racist messages on Snapchat.

In the video, Brad Knudson explains that his adopted daughter, who is African American, began receiving bullying messages over Snapchat from two twins who are freshmen at a nearby school. He said after the third or fourth message, he and his wife recorded one of the messages using another phone. During that video, the teens use various slurs that included the “N” word.

Knudson said he tried to contact the parents of the teens and even tried going to their home, but couldn’t reach anyone. Then he contacted police about the incident, explaining that close friends of his family had recently lost their son—who committed suicide after being bullied.

“It dawned on me that I cannot have this hanging over us, and my daughter thinking the worst and something could happen,” Knudson said in the video of his decision to take the issue public.

Police talked to school officials, and the kids believed to be behind the bullying were talked to by police stationed at Prior Lake High School, as were the parents. The parents gave a cell phone number, and when Knudson called the family he said the twins’ father said it wasn’t a big deal and it was the sort of thing he did as a child.

In the YouTube video, Knudson plays two voice mails that he said he received after he argued with the twins’ father. The twins’ father can be heard calling him a “N—— lover” and a “F—–“, among other things.

Knudson said he felt he had to respond to one of those slurs.

He says in the video: “So I called him back, and I said, ‘Well yeah, that’s a correct statement. I am an N lover because I have a beautiful African American daughter who I love more than life itself and would do anything for her’ and said a few more choice words to him and hung up on him.”

Knudson has reportedly received an outpouring of support since posting the video, and the twins and their father have reportedly apologized. The father lost his job just two days after the video was posted, KMSP reports.

Knudson said in the video he just wanted the twins and their father “to own it” when it comes to their actions.

Click here for more details and local coverage of this story from KMSP.