SANDY, Utah – A man in Sandy was nearly killed in a house fire Sunday afternoon after he woke up to flames outside his door.

"The door popped open, I thought someone was kicking it open, it did it once and then it did it twice," said Joe Roberts, as he described the flames coming toward him.

Roberts was the only person inside the home, located on Fayeway Drive, at the time of the fire.

"I jumped up out of bed and I went down the hallway and the smoke started getting really bad so I started getting on my hands and knees and crawled up the stairs and went out the back door," Roberts said.

Roberts lived in the house with his sister, brother-in-law and niece.

"We were all scared when we got here, we started running up and nobody would tell us what was going on and we kept telling them somebody was inside and we ran across the street and found Joe on the other side, but realistically I was so terrified, we all were, that he was not going to be OK," said Allie Hamilton, Joe's niece.

Flames could still be seen shooting from the roof more than an hour after firefighters were called to the scene.

"When we got here, the whole house was engulfed in smoke, Joe said there were flames downstairs, we don't know if it was the hot water heater, we don't know what it was," said homeowner William Hamilton.

Firefighters confirmed that the fire started in the basement, then continued to spread through the rest of the home, making it very difficult to extinguish. The cause has yet to be determined.

"We knew there was active flame burning, we couldn't get access, it appears the flames ran up through the basement, through the floor, and up into the walls and actually one of the rooms on the main floor was on fire and it broke through the roof," said Deputy Fire Chief for Sandy Derek Maxfield.

The house is being considered a total loss. The family says you can't put a dollar amount on what was inside.

"My grandparents entire livelihood is in that place, my grandma's business was in there as well, she makes children's clothes and all of her already created things and everything is in there and now it's not," Allie said.

However, as firefighters assess the remains of what is now the empty shell of a home, this family holds strong.

"As sad as I know I should be I know we are going to be OK," said Allie. 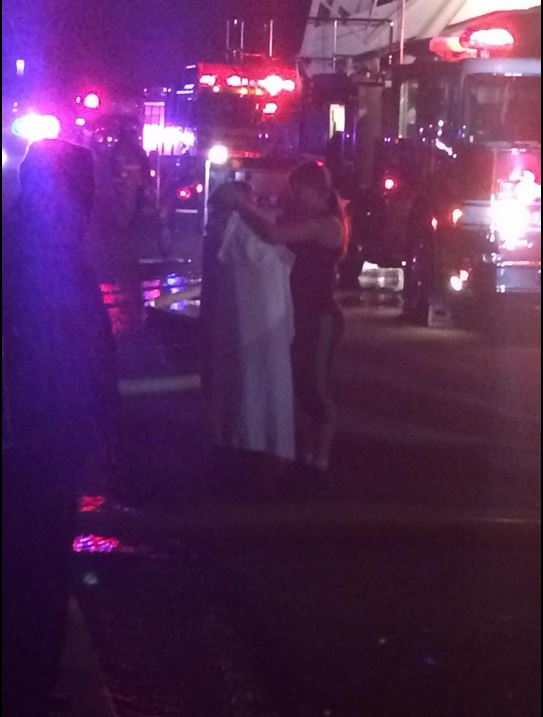