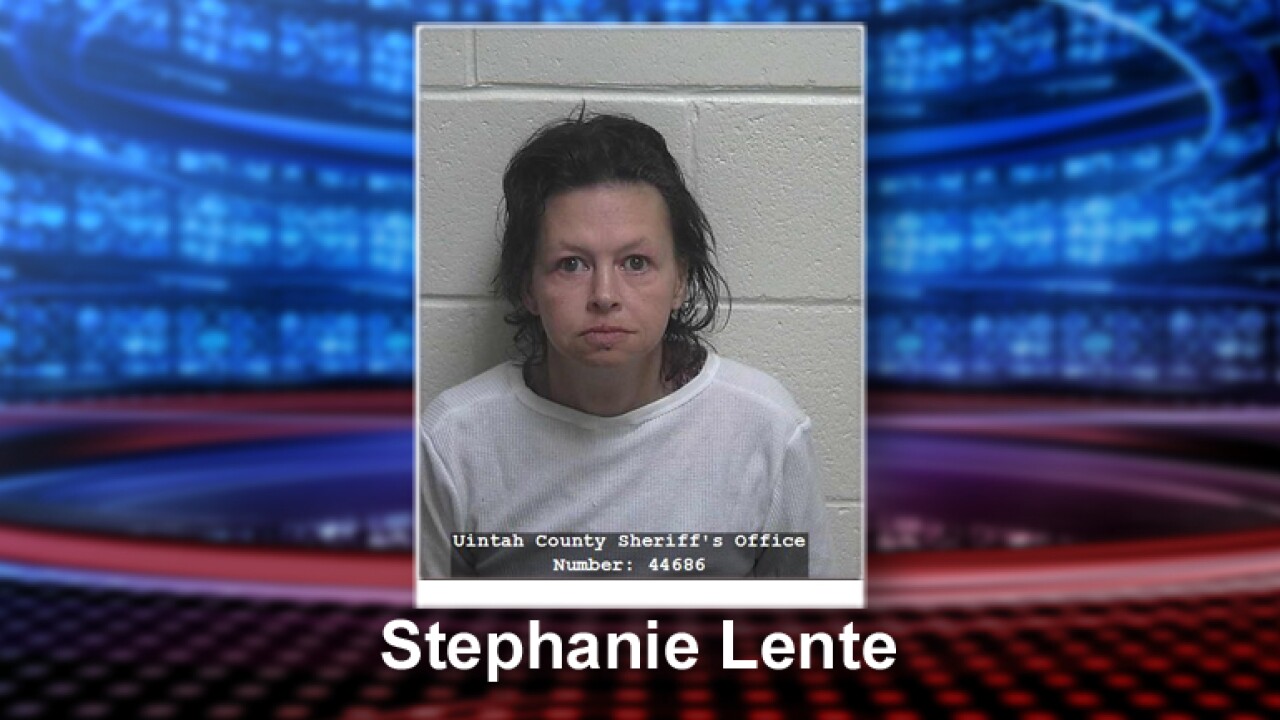 VERNAL, Utah – A woman was taken into custody after her alleged attempt at an armed robbery at an Arby’s restaurant in Vernal was foiled by a concerned citizen who had a gun in his vehicle.

According to a press release from the Vernal Police Department, officers were dispatched to an Arby’s restaurant at 1141 West Highway 40 to respond to reports of a robbery in progress. Dispatch personnel informed officers that a female had a knife and had demanded money. They later added that there was a male subject inside the restaurant with a handgun.

When police arrived, they took both the male and female into custody. But they, “immediately determined that the male subject had detained the female suspect.” Police later learned that man had entered the store and interrupted the robbery.

After interrupting the robbery, the man exited the store and obtained a handgun from his vehicle and confronted the woman. That woman, later identified as 37-year-old Vernal resident Stephanie Lente, was taken into custody and booked into the Uintah County Jail for aggravated robbery as a first-degree felony and possession of a controlled substance.

Police thanked the concerned citizen for his actions, but they cautioned people about staying safe, stating that “citizens must recognize that any person holding a firearm upon their arrival is apparently involved until proven different.”