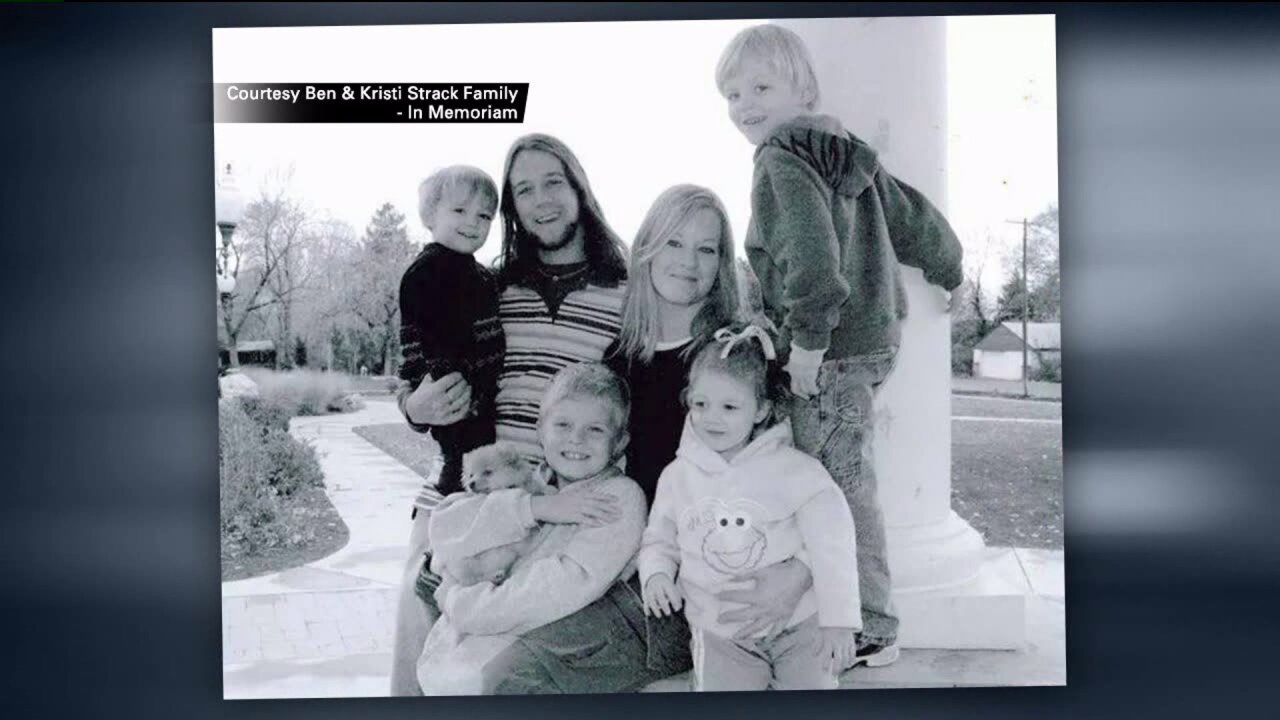 SPRINGVILLE, Utah - Authorities are releasing the autopsy results for a family of five found dead in a bedroom in their Springville home.

Authorities said the official cause of death for the parents, Benjamin and Kristi Strack, is suicide, homicide for the two youngest children and it could not be determined for the 14-year-old son. Police said the autopsies drug toxicity caused all five deaths.

According to police, officials found a letter written by the 14-year-old son, Benson.

The letter stated he knew he was going to die and left his possessions to a friend.

Officials said friends and family told them Benjamin and Kristi had said they were concerned with the "evil in world," a "pending apocalypse" and wanted to escape the "impending doom."

Friends said they thought thought that might mean the family could be moving somewhere to live "off the grid."

Members of the Strack family.

Benjamin and Kristi Strack, along with three of their children, were found dead on Sept. 27, 2014 inside their home.

They were discovered by the couple’s 18-year-old son, who is now the only surviving member of the immediate family.

Police said they found medications and cups filled with a “red liquid” next to the bodies of five members of a Springville family.

According to documents, “Investigators at the scene determined the cause of death to be an accidental or intentional poisoning either by ingestion or environmental causes."

In another warrant affidavit, officers said they found the bodies of Benjamin and Kristi Strack and their children Benson, 14; Emery, 12; and Zion, 11; inside the master bedroom.

“Kristi and Benjamin were lying in the bed and the three children were lying around the bed, covered in bedding up to their necks,” police wrote in an affidavit. “Officers reported there was a red liquid substance coming from the mouth of Kristi Strack. All the occupants of the home were non-responsive. Next to each of the victims was a cup/drink with a liquid inside.”

Police wrote in a search warrant affidavit that they recovered boxes of cold and flu medication.

“Also in the same closed bag, were two empty boxes of allergy relief medication consistent with generic Benadryl. Approximately five empty blister packs were located for this medication. Among the items located were cups with a red liquid substance in Pepsi cups. Also located withing the residence were empty bottles of liquid Methadone. The Methadone was dispensed to from a drug treatment clinic. Some of the empty bottles had future dates on them,” the search warrant affidavit stated.

An officer stated in another affidavit that it is probable the deaths were not accidental, writing: “…with the placement of the bodies, it would appear somebody had to position the bodies after they were deceased.”