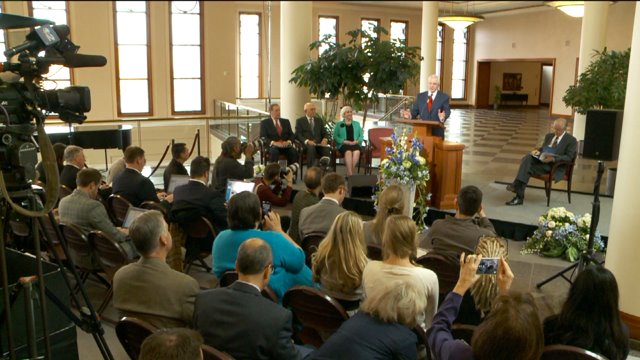 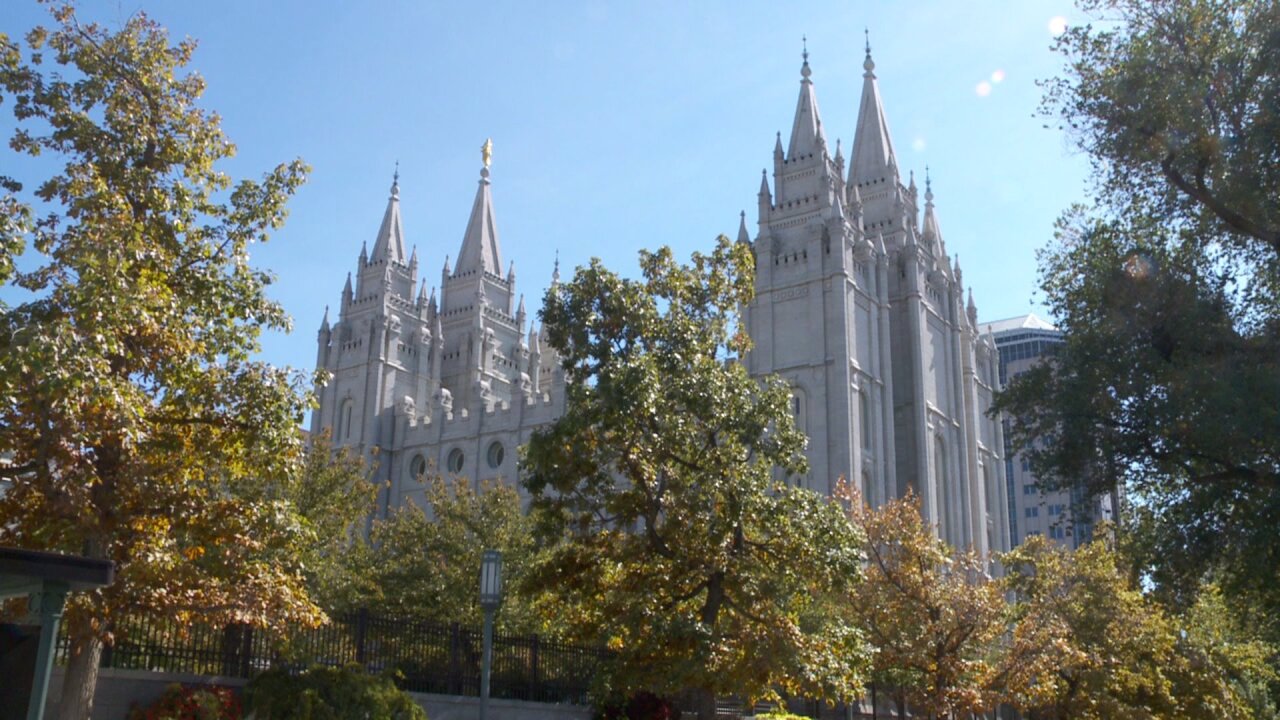 SALT LAKE CITY -- The Church of Jesus Christ of Latter-day Saints is supporting nondiscrimination bills involving lesbian, gay, bisexual and transgender people -- while at the same time calling for protections for people of faith.

"It's for this reason that the church has publicly favored laws and ordinances that protect LGBT people from discrimination in housing and employment."

But the church also complained of people being branded "bigots" for speaking for their faith.

"When religious people are publicly intimidated, retaliated against, forced from employment or made to suffer personal loss because they have raised their voice in the public square, donated to a cause or participated in an election, our democracy is the loser," said Elder Dallin Oaks, a member of the church's Quorum of Twelve Apostles.

"It is one of today's great ironies that some people who have fought so hard for LGBT rights now try to deny the rights of others to disagree with their public policy proposals," said Elder Oaks.

The LDS Church insisted that it has not changed its doctrine, which opposes same-sex marriage and insists that sexual relations should be between a man and a woman only.

However, the LDS Church appeared to be softening its tone toward the LGBT community.

"I'd say we're more sensitive than before. Our tone may be different. Our beliefs don't change our doctrines are what they are," said Elder D. Todd Christofferson, of the LDS Church's Quorum of the Twelve, in an interview with FOX 13's Ben Winslow.

"We sense this is an opportunity where we can come together where there is a chance to balance competing interests and rights respectfully and find a solution."

Church leaders insisted that an LDS physician, for example, should not be forced to provide the "morning after" pill or artificial insemination for a lesbian couple. Asked by FOX 13 if municipal clerks should be required to perform same-sex marriages, Elder Oaks called it an "individual judgment."

"That's an individual judgment to be made according to the law and the conscience of the individual whatever his religious faith or lack of it," he said.

The announcement by the LDS Church sent shockwaves across state politics, where a majority of representatives in the Utah State Legislature are Mormon.

"The statement made by The Church of Jesus Christ of Latter-day Saints today is an additional and important step to help us find common ground on these important issues," Governor Gary Herbert said in a statement. "It will be helpful in our effort to resolve these difficult and emotional matters. I firmly believe that, in order to protect the personally held values of people on all sides, any advancement of non-discrimination legislation should be coupled with legislation to safeguard protections to religious freedom."

"I am confident that, as elected officials, we can work together with religious, business and civic leaders as well as the LGBT community to craft policies that treat all people with dignity and respect."

Sen. Steve Urquhart, R-St. George, who is sponsoring the LGBT non-discrimination bill again this year, told reporters he believed "a major stakeholder just jumped into this debate today" with an endorsement for his bill.

At the LDS Church's news conference were members of the American Civil Liberties Union of Utah, as well as the conservative Utah Eagle Forum.

"The Church said what we all believe," she said. "It was great to have the Church make it so clear the protection of individual rights, rights of freedom and conscience... it just hasn't been there in all these issues."

Ruzicka said she still opposes "gender identity" in nondiscrimination bills and worried about the wording of such bills.

"They've got to come up with the right language that does not violate other people's rights," she said. "It can't be the language they're using right now."

The ACLU said it had some initial concerns about the LDS Church's stance.

"The ACLU of Utah does express some concern over the limited scope of public accommodation protection supported by the LDS Church, namely only restaurants, hotels and transportation.  Equality means that gay and transgender people should have full protection in public accommodations on par with race, gender, religion and other categories," the group said in a statement.

"I am proud that the LDS Church has seen fit to lead the way in non-discrimination. As a Church, Mormons have a long history of being the victims of discrimination and persecution," he said in an email to FOX 13. "They understand more than most the value and strength of creating a civil society that judges people by the content of their character and their ability to do a job."

"Sutherland Institute has long called for protection of religious freedom for individuals and organizations. This principle must be reflected in any proposed legislation. Residents of Utah and citizens everywhere are entitled not just to belief, but also to the free exercise of their religious beliefs and moral conscience—both in private and in public," the group said.

"We share the church’s commitment to freedom of religion. We embrace the principles of the First Amendment and believe churches do and should have the right to make determinations about who fills their pews. But non-discrimination protections only function when they are applied equally,” HRC Legal Director Sarah Warbelow said in a statement.  "It should be stated that there are countless LGBT Mormons, and Mormon allies, who support equality, not in spite of their faith but because of it."

The LDS Church did support a housing/employment nondiscrimination ordinance in Salt Lake City back in 2009. Elder Oaks did not wish to address whether the LDS Church's statement could be construed as support for federal protections for the LGBT people (known as ENDA), as they are not commenting on specific legislation.

"We believe that what we have said will be informative for the public at large and help people understand the balance we endorse," Elder Oaks told FOX 13.