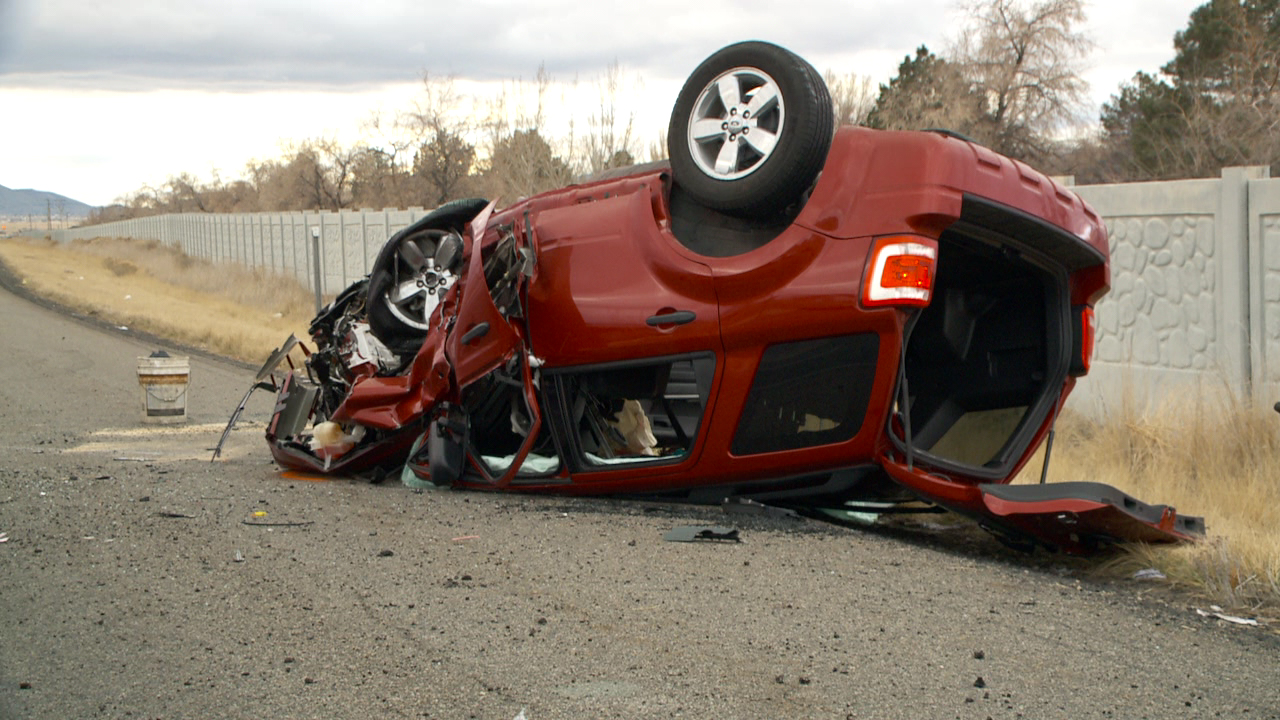 STANSBURY PARK, Utah – Two people were taken to Salt Lake City area hospitals in critical condition Wednesday morning after a car swerved into oncoming traffic on State Route 36 in Stansbury Park and collided with an SUV.

“The white Fiat crossed over the center line into oncoming traffic and struck the northbound SUV,” Riches said. “Upon impact, the SUV became airborne and rolled off the westbound side of the highway.”

Riches said the driver of the white car was taken to a hospital by ambulance while the driver of the SUV was transported by medical helicopter. Sgt. Todd Royce, UHP, said both victims were in critical condition. There were no other reports of injuries.

Riches said so far it isn’t clear what caused the driver of the white car to swerve, but he said they are investigating.

“Prior to the crash, we had witnesses observe the white car drifting in and out of its lane and then suddenly drift over into the northbound travel lanes,” Riches said.

The road was closed for some time as crews investigated the scene of the crash. Riches said it’s a busy stretch of roadway, especially around peak commute times. He urged people to be aware of their surroundings.

“Pay attention,” he said. “Be aware of traffic, both northbound and southbound, you never know when you’re going to have to avoid a collision.”

The identities of the injured drivers have not been released.