WEST VALLEY CITY, Utah - Officers want Utahns to know humans aren't the only victims of drug crimes, they can affect our four-legged friends as well.

Now, an officer has a new best friend and tiny puppy has a forever home with a loving family, a stark contrast to where it was just days before.

Officers were called to check on an unconscious man in a hotel room and discovered the man had taken a "large amount of drugs."

According to West Valley City, police found heroin and drug paraphernalia in the room along with stolen checks and personal information from dozens of victims.

Officers also found a dog and a tiny, weak and malnourished puppy hiding in the bathroom.

They arrested the man and gave the dog to one of the suspect's  relatives however, the little pup didn't have a home.

Detective Lynes took the orphaned dog to animal control but said he couldn't stop thinking about the puppy.

He waiting the mandatory period to see if the owner came forward and when no one claimed the little one, Det. Lynes adopted her and made "Daisy" part of the family.

Det. Lynes said he is looking forward to bringing Daisy to community events to remind the public humans aren't the only ones who suffer because of illegal drugs. 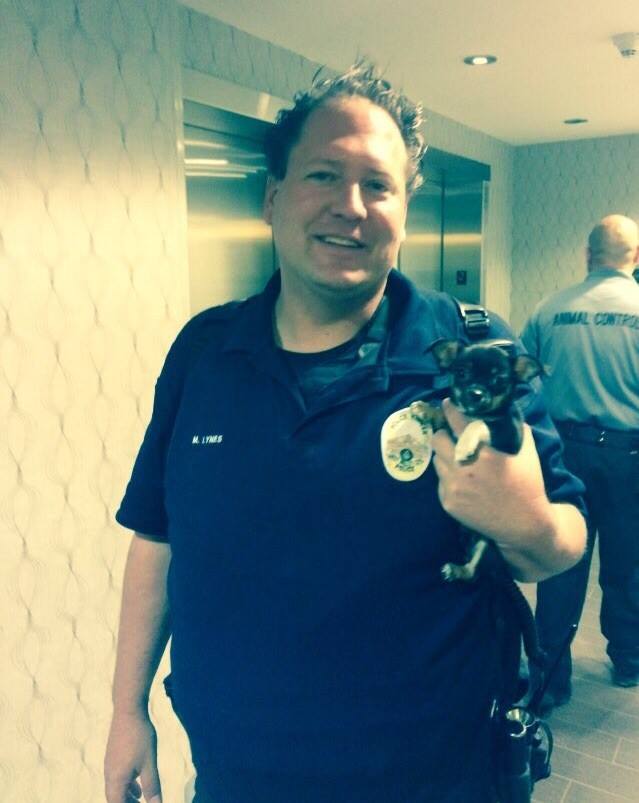