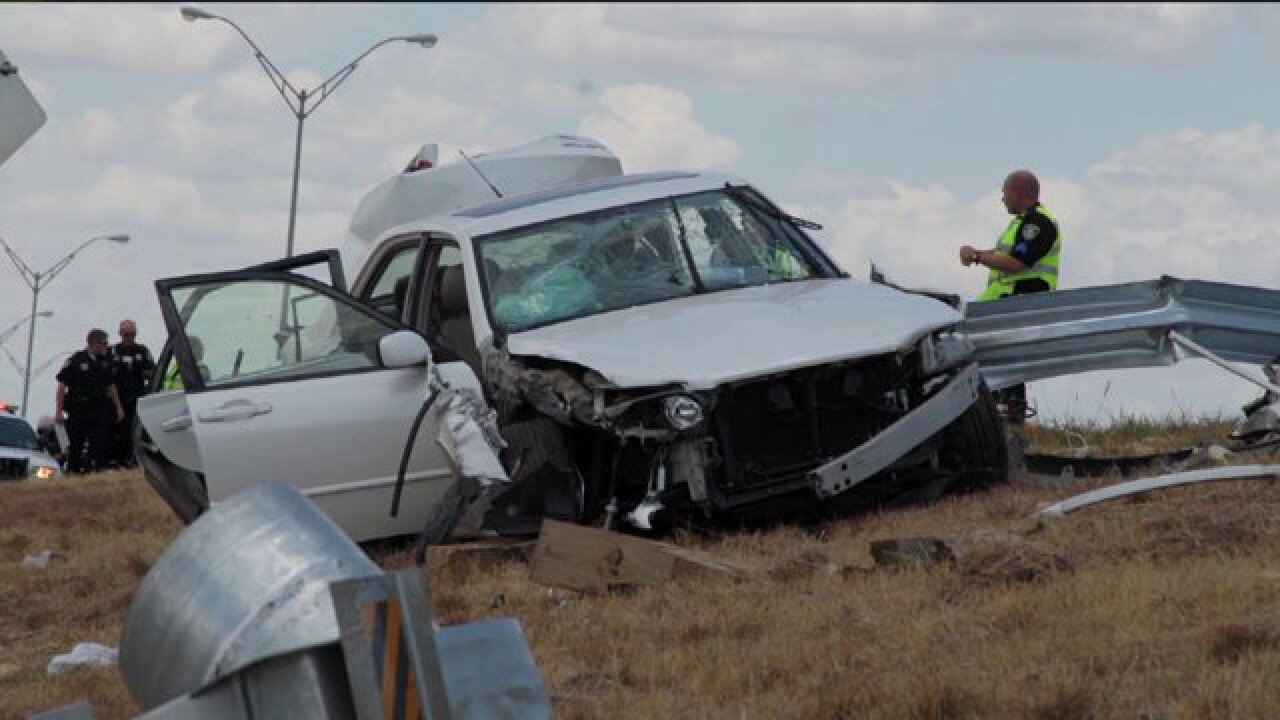 SALT LAKE CITY -- Over the past decade, a certain type of guard rail is being blamed for potentially 1,000 injuries and 50 deaths on U.S. highways.

The part of the guardrail in question is the portion located where the rail comes to an end, typically painted in black and yellow stripes, called End Treatments or ET-Plus and made by manufacturer Trinity Highway Products.

These types of guardrails are located in 49 states, and there are more than 300 of them along Utah’s highways.

“We don’t have any crash data that suggests these are a safety concern,” said UDOT Spokesperson John Gleason.

According to Joshua Harman, a guardrail engineer, the distance between the ET-Plus and the base of the guardrail is supposed to be five inches, because that was what the Federal Highway Administration approved back in 2000.

However, somewhere between 2002 and 2005, that distance was altered to four inches. Harman said instead of absorbing the crash, the ET-Plus is instead causing the metal guardrail to impale the vehicle almost like a spear.

The Federal Highway Administration is now requesting these guardrails be crash tested again.

“That’s what they are seeking to determine right now, if this modification changed the product in any way that would make it less safe,” Gleason said.

Harman sued the company, and in November a federal jury found that Trinity Highway Products defrauded the government by failing to disclose important design changes.

“As soon as we learned of that decision, we here in Utah put a halt to installing any of the new end treatments of this new modification,” Gleason said.

Trinity Highway Products' local offices in Centerville declined to speak with FOX 13 News, but they had this statement on their website.

“The safety of the driving public is important to Trinity, and we take seriously the performance of the products we manufacture for consideration by individual highway authorities for installation on the nation’s highways.”