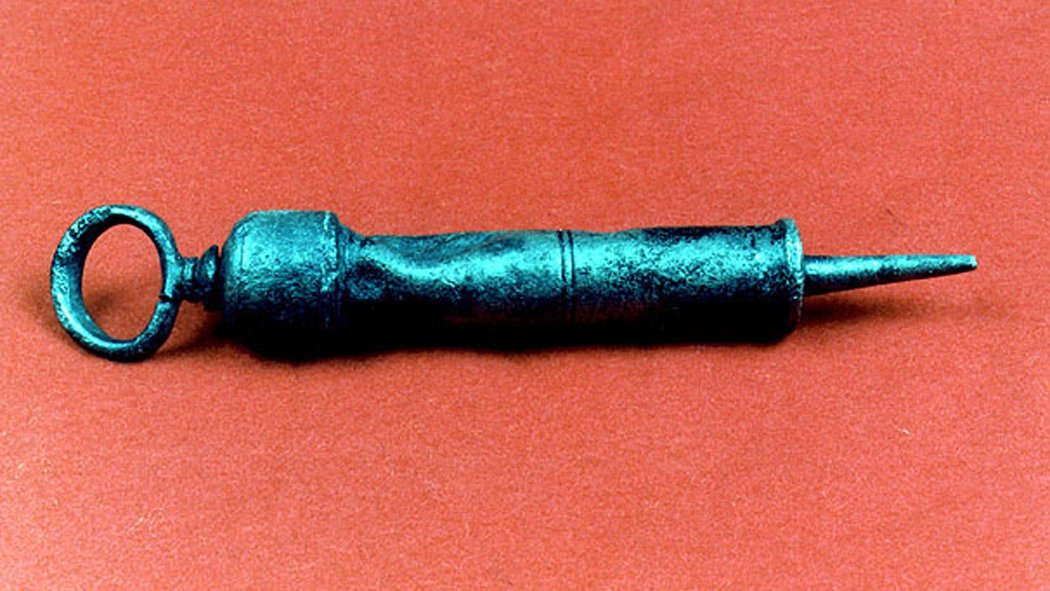 Shiver me timbers: Archaeologists have unveiled some unnerving medical tools found amid the wreckage of Blackbeard’s Queen Anne’s Revenge.

Linda Carnes-McNaughton, a volunteer archaeologist on the project, recently presented what she and other researchers from the North Carolina Department of Cultural Resources discovered about the equipment at the Society for Historical Archaeology’s annual meeting.

“We just have to understand that these people were suffering,” Carnes-McNaughton said. “They were seeking relief for any kind of ailment and, certainly if there was warfare on the water, there were wounds among other ailments that needed treatment. It wasn’t always a formally trained person in desperate times. That’s probably more common than we know.”

She added that this time period was still “the era of mystical medical treatments” and that outward symptoms were often treated rather than the underlying causes.

Edward Teach, better known as Blackbeard, ran the Queen Anne’s Revenge aground in 1718.

The shipwreck was discovered in 1996 off the coast of North Carolina, and archaeologists have completed about 60 percent of the excavation.

Queen Anne’s Revenge was originally La Concorde de Nantes, a French slave ship, that also carried three surgeons, or doctors, to ensure the wellness of those aboard.

Those three surgeons remained with the ship after Blackbeard took over to help with the new crew’s maladies.

By Sarah LeTrent for CNN