WARNING: Some viewers may find the photos in the gallery below upsetting. Viewer discretion is advised. 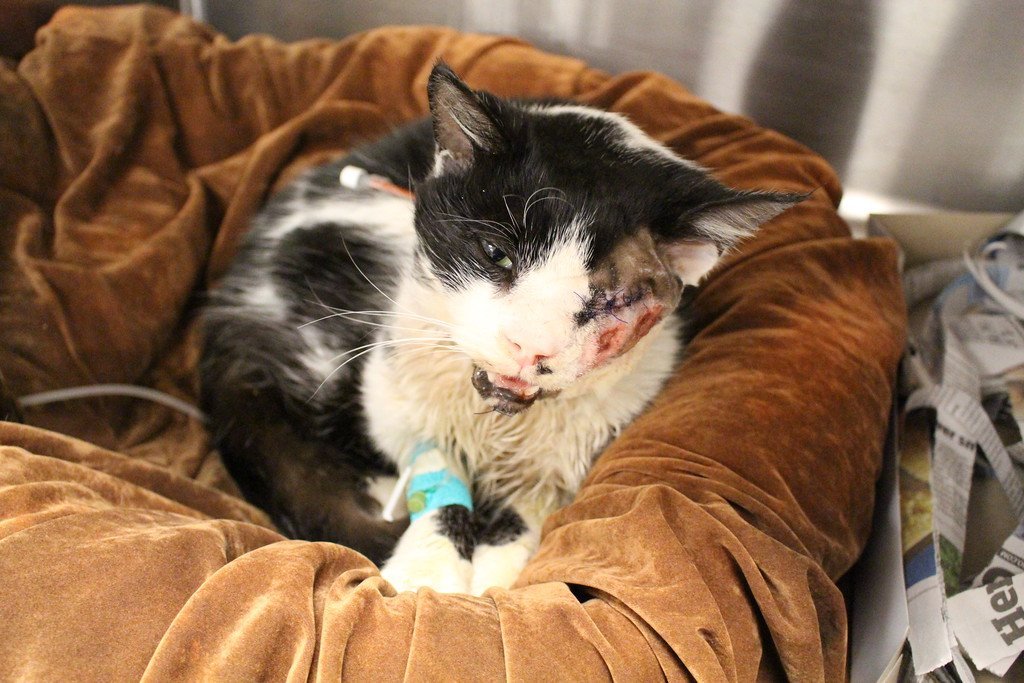 (CNN) — A custody battle could be brewing over the Florida cat that was supposedly thought to be dead, buried and found alive several days later.

The latest in the thickening plot line ripped from an animal version of “The Walking Dead”: The executive director of the Tampa Humane Society announced the group would not be returning the cat to its owner.

Bart, or “Zombie Cat” as he has come to known by social media, was discovered “unresponsive” by his owner last week lying in a pool of blood. His body was cold and his face was severely disfigured, representatives from the Tampa Humane Society said.

The cat’s owner, Ellis Hutson, told the Humane Society that he buried his pet with the help of a neighbor.

“If we’d seen that cat on the road, we’d assumed he was dead,” said Nash McCutchen, marketing coordinator with the Tampa Humane Society.

Five days later, a different neighbor said she found Bart walking in her yard, presumably after he clawed his way out of the grave.

The neighbor returned the cat to Hutson, who brought the cat, who was covered in open wounds and dehydrated, to the Humane Society for help.

But remarkably, McCutchen said, the kitty had no internal injuries, and on Wednesday, Bart underwent surgery to remove his left eye and have his jaw wired shut. He had a blood transfusion Thursday, according to the Tampa Humane Society’s website.

Since the attention Bart received after he allegedly “rose from the dead,” more information has surfaced about Bart’s “home environment and the circumstances leading up to his burial,” Sherry Silk, executive director of the Tampa Humane Society said in a release.

A video of a man administering first aid to the cat, along with a Go Fund Me page set up by the neighbor despite the Humane Society’s promise to pay for the cat’s treatment, have raised doubts about whether Bart was injured the way his owner said.

But Silk said she has no reason to believe the story she was told isn’t true.

“All of Bart’s injuries are consistent with him being hit by a car,” Silk said. Likewise, Humane Society veterinarians believe the feline was buried for a time.

“He had dirt in every orifice of his body, and maggots covering his open wounds,” Silk said.

Silk said she also believes that Bart was well taken care of before being injured, because he was a good weight and is a very friendly cat.

“He likes human beings and isn’t skittish at all,” Silk said.

Still, after meeting with Bart’s owner Thursday for about 40 minutes, Silk said she has to act in the best interest of the cat, which in her opinion means keeping the cat at the Humane Society. Hutson, however, has refused to sign over his rights to the cat, she said.

“I believe [Hutson] cares about the cat,” Silk said, but “we are prepared to fight to keep the cat.”

Calls to Hutson were not immediately returned.