The suspect drove a stolen Mitsubishi Eclipse through a red light causing it to get t-boned by an oncoming SUV near 400 N. Main St.

The car then spun around and collided with two other vehicles.

The driver of the stolen car, believed to be a teenager, was ejected.

He was flown to the hospital, while two people in the SUV were transported by ambulance.

She said the car was parked outside her Tooele County home. She noticed it was stolen around 7:45 a.m.

“I was going out to go to work and it was gone,” Olson said. “Next thing I heard at work, everybody is telling me I think I saw your car in a high-speed chase.”

The car was spotted by an animal control officer about an hour after it was reported stolen.

“Officers from multiple jurisdictions started to converge on the area trying to locate the stolen vehicle,” said Tooele County Sheriff Paul Wimmer. “They located it and a deputy initiated a traffic stop in which the vehicle fled.”

A six-minute chase ensued, reaching speeds of 60 mph. The suspect winded through side streets and even fields, actually hitting a storage shed at a Tooele ball park minutes before he reached the intersection.

“It was a dangerous chase,” Wimmer said. “We are going to do a full on investigation into the chase and the purpose of the chase and we’ll review the entire chase.”

Main Street had to be shut down for several hours as investigators shifted through debris scattered across the entire road.

Olson said her car is a total loss, but she’s more concerned about the people involved.

“I just feel bad for the kid too, it`s not worth dying over,” Olson said.

The names of the suspect and two victims taken to the hospital have not been released.

Tooele resident woke to find her car stolen. Hours later she learns it was involved in high-speed chase. @fox13now pic.twitter.com/p2R44Q9flP 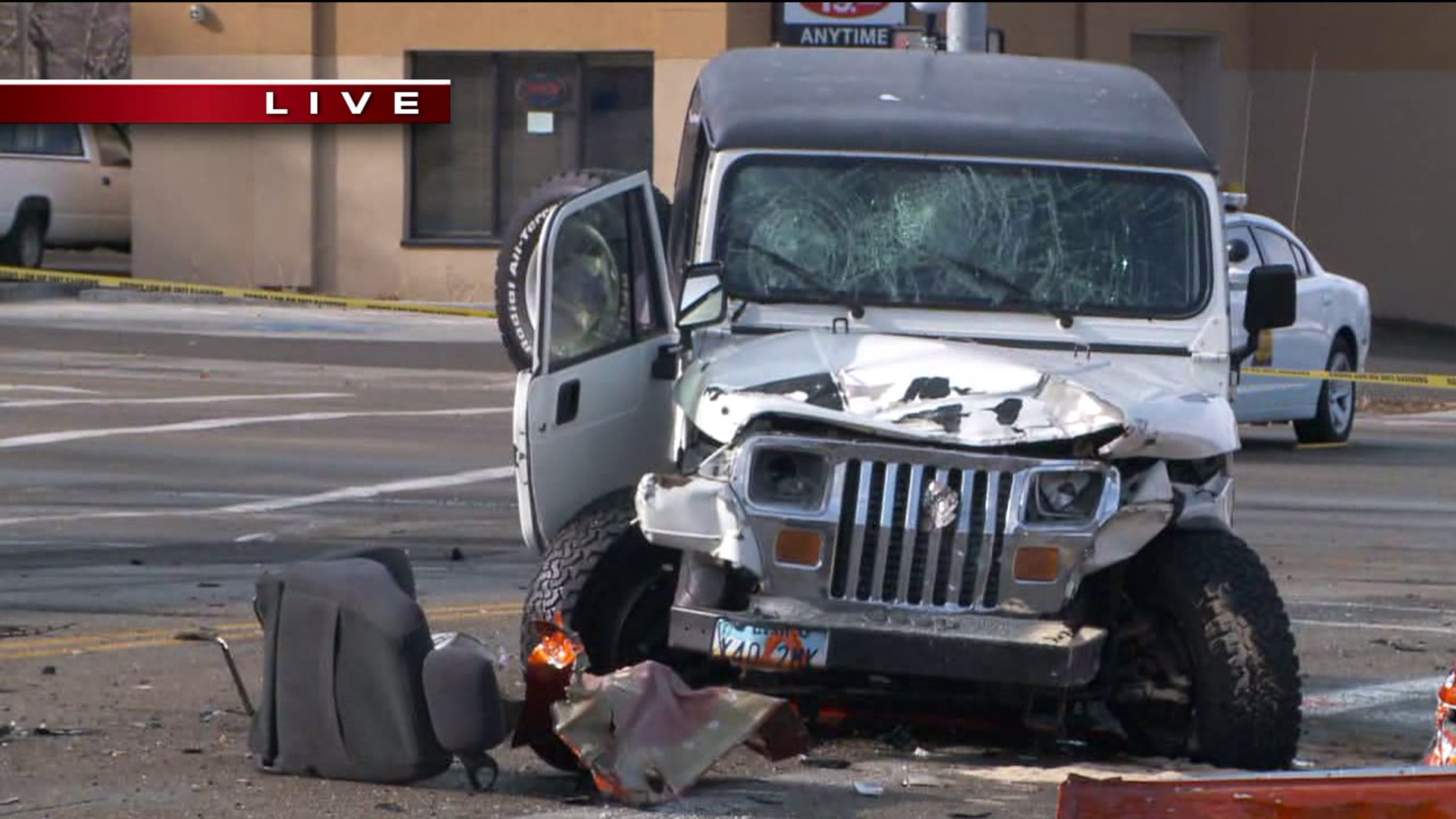