Plan to link ski resorts may be on hold now 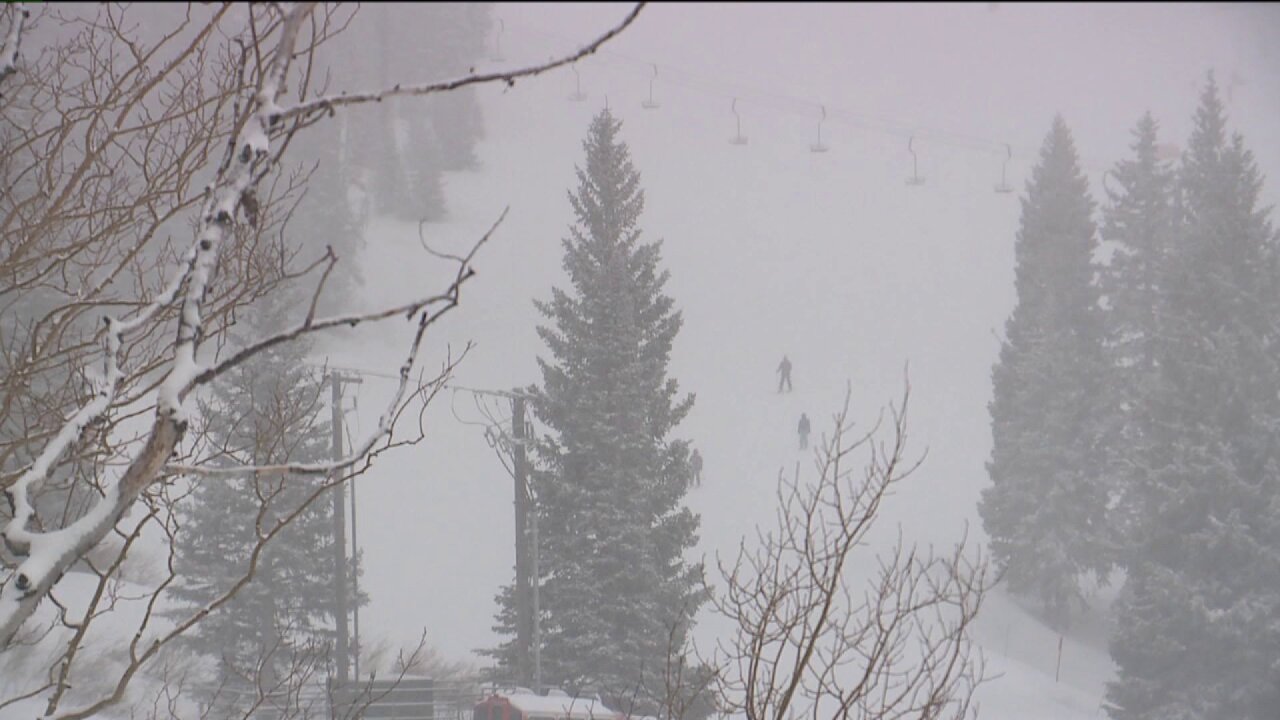 SALT LAKE CITY -- FOX 13 News has learned a massive plan to turn the central Wasatch mountains into one of the world's largest playgrounds may not happen at all now.

The plan to link Utah's most popular ski resorts together, known as "One Wasatch," may be put on hold if a proposal known as "Mountain Accord" advances. "One Wasatch" has had plenty of opposition from environmental groups and backcountry enthusiasts.

"By further development, we are strangling the golden goose," said Jamie Kent, the president of the Wasatch Backcountry Alliance. "This will not be the place that it is if we continue to develop. It needs to be protected and preserved."

Mountain Accord, made up of local governments, ski resorts and environmentalists, is creating a sort-of "master plan" for the central Wasatch mountains. It deals with transportation, recreation, development, economy and watershed.

Under the blueprint being announced on Wednesday, Mountain Accord would preserve areas from development.

"We are basically preserving most of the backcountry terrain as it is today," said Laynee Jones, Mountain Accord's planning manager. "There are some  minor areas that may change."

The blueprint involves a mass transit plan for the canyons, connecting the resorts through buses or trains. Ski resorts would be limited to developing within the base of their existing boundaries.

"Meaning, a bus or a train that operates in its own lane of traffic from the valley into Little Cottonwood Canyon, connecting to Big and eventually, Park City," she said.

While Mountain Accord has overshadowed the concept of "One Wasatch," Ski Utah president Nathan Rafferty said it is not dead.

"When we came out with the One Wasatch concept last March, we knew when it got to the showroom floor, it wasn't going to look like when we started it," he said. "It's already kind of changed."

Mountain Accord is mostly an agreement between the stakeholders. Before it becomes policy, it will need environmental studies and public input. County and city governments would vote on zoning and transportation-related plans in April, Jones said.

More information on the Mountain Accord can be found here.

Discussion about ski resort expansions come at a time when Park City Mountain Resort is set to create the largest resort in America. PCMR's new owner, Vail Resorts, is investing $50 million in its new property -- and plans to combine it with the neighboring Canyons Resort.

"People have been looking at us to see how we're going to act," said PCMR Chief Operating Officer Bill Rock in a recent interview with FOX 13.

The combined resort would be more than 7,000 acres in size. Plans to improve PCMR include an eight-passenger gondola that connects it to Canyons.

A map of PCMR's expansion plans.

It's an ambitious plan for a ski resort that almost ceased to exist. Last year, a judge ruled PCMR's previous owner missed a key deadline to renew its lease on the mountain. That triggered an ugly legal battle with the mountain's landlord, Talisker Holdings, which sought to evict PCMR from the slopes and bring in Vail Resorts (which operated Canyons Resort).

Ultimately, an out-of-court settlement was reached that allowed Vail to purchase PCMR from Powdr Corp.

Rock, who was brought in after Vail purchased PCMR, said they are "looking to take it to the next level," with restaurant and food upgrades and new lifts. Construction is expected to begin immediately after ski season ends and be finished in time for the 2015-16 ski season.

An artist's rendering of PCMR's expansion and upgrades.

Combining it with Canyons Resort could increase the amount of tourism dollars coming into Park City (right now, ski tourism in Park City accounts for 44% of all Utah ski traffic, according to Visit Park City).

Skiers on the slopes of PCMR liked the idea of being able to ski both areas.

"I think it's incredible," said Bob Bridges, a skier from Atlanta. "I think it will be a brilliant idea, get more people in."

But not everyone is happy with the new owners. Dave Hansen, a former PCMR lift worker, said he left just after Vail took over. He complained volunteers and employees didn't get the same perks they did under Powdr -- like free ski passes.

Hansen said he worried that Vail would forget the locals.

"They obviously have the backing, financially, to make it a great, great resort," he told FOX 13. "A real destination. But part of that destination has to do with the unique characteristics of our town. If you lose that, you're just going to another corporate entity."

Vail's takeover has gotten a gentle ribbing from the local theatre company. At it's annual "Park City Follies" production, the Egyptian Theatre dubbed them "Vailiens."

Rock told FOX 13 they are invested in the community.

On the other side of Park City, the privately-held Deer Valley is proposing its own gondola to link to Main Street. Visit Park City spokeswoman Linda Jager said it will be a positive sign for the area.

"I think with any change, you'll have adjustments to make, but we all see it as a positive," she said.

Park City government declined to comment on expansion plans, as they have been submitted to city hall. Public hearings are expected within the coming months.