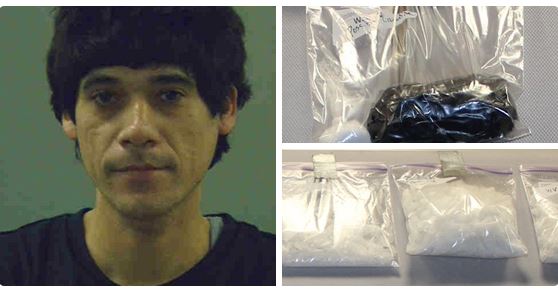 Agents said Rodriguez would get “large amounts” of meth straight from Mexican drug cartels and transport it to Utah where he sold it for a profit.

Instead of making more than $80,000 on the sale, he learned he had been dealing with law enforcement all along.

Officials also found more than 12 pounds of meth and almost two pounds of a substance suspected to be”krokodil,” at his West Valley City home.

The substance has not been tested at the lab so it is not confirmed as the “zombie drug” yet.

If the drug is confirmed as “krokodil,” Utah agencies said it will be “of great concern that such a dangerous drug” is available here in large supply.

Rodriguez was arrested for drug possession with intent to distribute.

Authorities said he is in the U.S. illegally from Mexico and has been placed on immigration hold.

Officials said they first started seeing the flesh-eating “zombie drug” in Utah back in 2013.

Flesh-eating ‘zombie’ drug ‘kills you from the inside out’