SOUTH SALT LAKE, Utah – A 3-year-old child was abducted when the car she was inside was stolen in South Salt Lake Wednesday, and after an Amber Alert was issued police reported the girl had been found and is safe; later Wednesday night, police said the suspect had been captured.

Gary Keller, South Salt Lake Police Department, confirmed around 5:30 p.m. that Bella Martinez had been found and is safe. He said the vehicle has been located. The child and car were found at Mini's Cupcakes at 14 East 800 South.

Richard Chipping, Salt Lake City Police Department, said his department captured the suspect and will turn her over to South Salt Lake police. Chipping confirmed the suspect was in custody around 7 p.m.

According to a press release from South Salt Lake police, the vehicle with the child inside was stolen outside of a 7-Eleven at 287 West 3300 South.

Police said the suspect is a frequent customer at the 7-Eleven. The man driving the car with the child inside pulled up to the store, and at that time the suspect rode up on a bicycle and asked that man for a cigarette, which he gave her. He went inside the store, and when he returned the car and child were gone.

"Suspect walks up to him, asks for a smoke, he's cordial to her, hands her a cigarette, walks into the store," Keller said. "Unfortunately he left his vehicle running. The suspect was seen leaving in the car, eastbound from this location... This probably took a matter of seconds for this vehicle and child to go missing."

The suspect is identified as Rosealee Marie Key. Keller said the suspect did not know the man she stole the car from, and Keller said it appears that this was a crime of opportunity.

Leslie Fiet owns Mini's Cupcakes, and she was the one who spotted the vehicle and then the child.

"I got the Amber Alert on my phone," she said. "I remember seeing a black vehicle that had been sitting there a while."

After seeing the car, she went out to take a closer look. She saw the missing child through the vehicle's open window.

"I just reached into the window and took her out of her car seat" she said.

Fiet then took the child into the business and locked the door behind her. She said she gave the child her Care Bear to hold and read a book to calm her down as they waited for her parents.

Fiet said she never expected to find herself in a situation like this one: "No, never. Stuff like that doesn't happen to normal people, right? I guess it does, maybe it does." 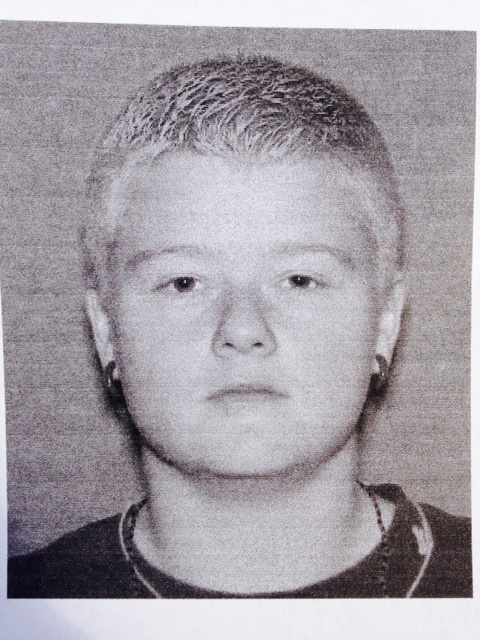