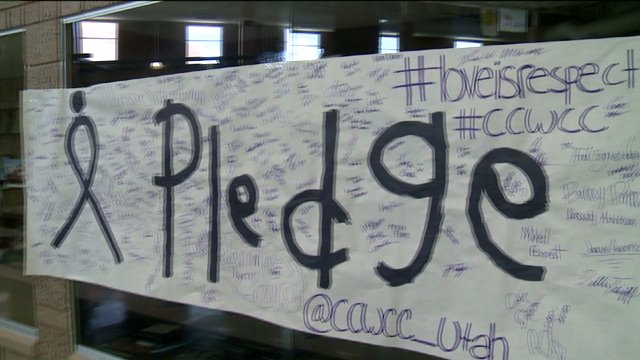 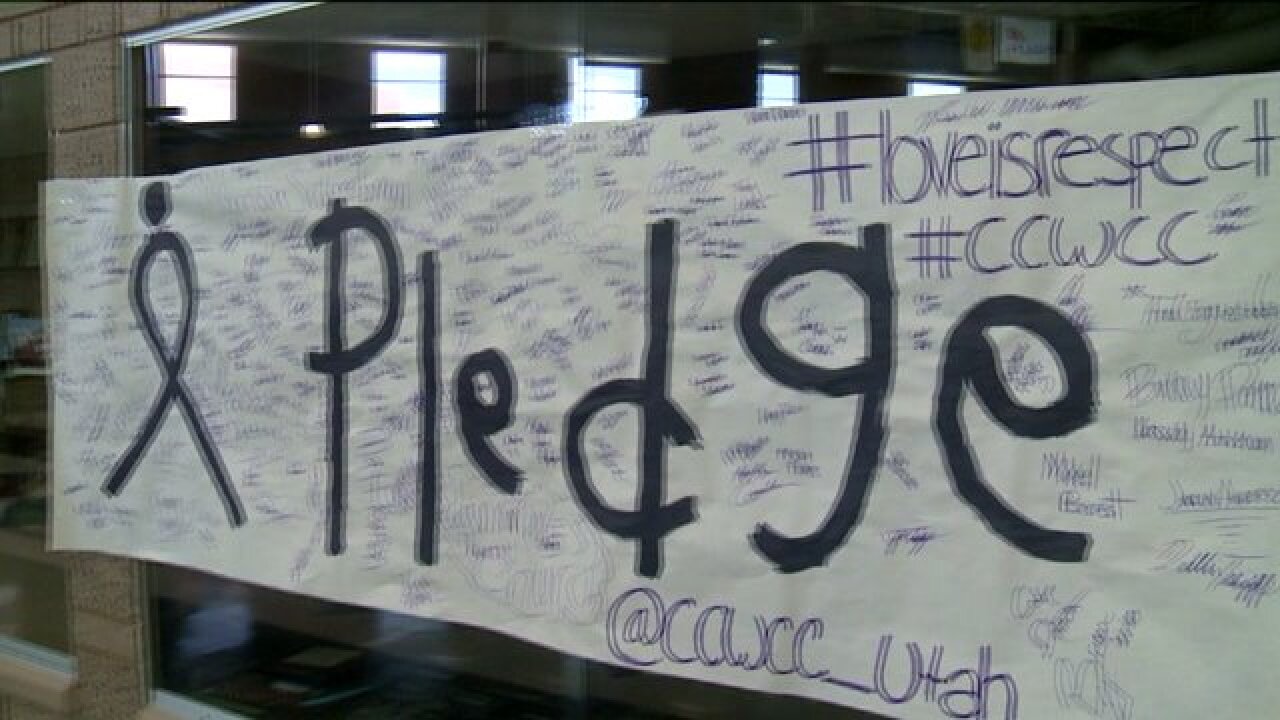 “We’re trying to teach them what a healthy behavior looks like,” said Youth Advocate Darrah Jones. “What a healthy relationship looks like, and turning that into a habit.”

Student representatives have spent the week talking to their peers about dating violence, and getting them to pledge to respect their current, or future, dating partners. Efforts culminated Wednesday for Cedar High and Canyon View High at their respective boys basketball games. Players wore purple socks and coaches donned purple ties in solidarity and to show the students how important it is to recognize abusive behavior, and stop it.

“It’s kind of about creating a prevention effort, in most teenagers,” Jones said. “And bringing awareness to the fact that there are problems and a lot of unhealthy behaviors in their relationships.”

“I believe my sister’s husband probably abused his high school girlfriends,” Einfeldt said. “And that created a worse image as a husband.”

Jones said their efforts focus mostly on teaching students about unhealthy relationship warning signs, such as jealousy and mistrust. But she said it’s not about the emotion, rather the reaction to that emotion.

“You’ll see teenagers looking through each other’s phones and them thinking that its OK to invade each other’s privacy like that, when really it’s a huge red flag,” Jones said.

More than 100 students have signed the pledge to respect their partners. Student advocate Bailey Potter said she hopes students will not be ashamed to talk about harmful behavior, and get help if needed.

“If they do see it in a friend or family member, that they will help them through it,” Potter said. “And if they need to talk to an adult they’ll be able to communicate it.”