DAVIS COUNTY, Utah – Bones and fragments of clothing have been unearthed by police in Davis County Friday after a call about a suspicious circumstance Thursday night led to the discovery of a human skull near a footpath near the Highway 89 frontage road near Fruit Heights.

After Thursday night’s discovery, investigators have been searching the crime scene with the help of a German shepherd and sometimes even on hands and knees with fingertips probing for more evidence in the dirt. Davis County detectives, crime lab units and search and rescue crews are all working on the investigation.

“Could you imagine how amazing it would be if we could give some family closure? If they had a loved one that was missing and this just happens to be them, that would just be amazing,” she said.

Police said Friday they’ve found other bones as well as fragments of clothing, and those were located higher up on the hill from where the skull was found. Officials said that could mean a number of things. They said the remains may have been scattered by weather or an animal--adding that several deer passed through the search area as crews were working. Or, the skull may have simply rolled due to being round.

Officials are considering the possibility of foul play and said the incident will remain a homicide investigation until they learn otherwise. Officials said so far it is unclear how old the bones are, and they said specific information about the deceased individual—like age and gender—are unknown. 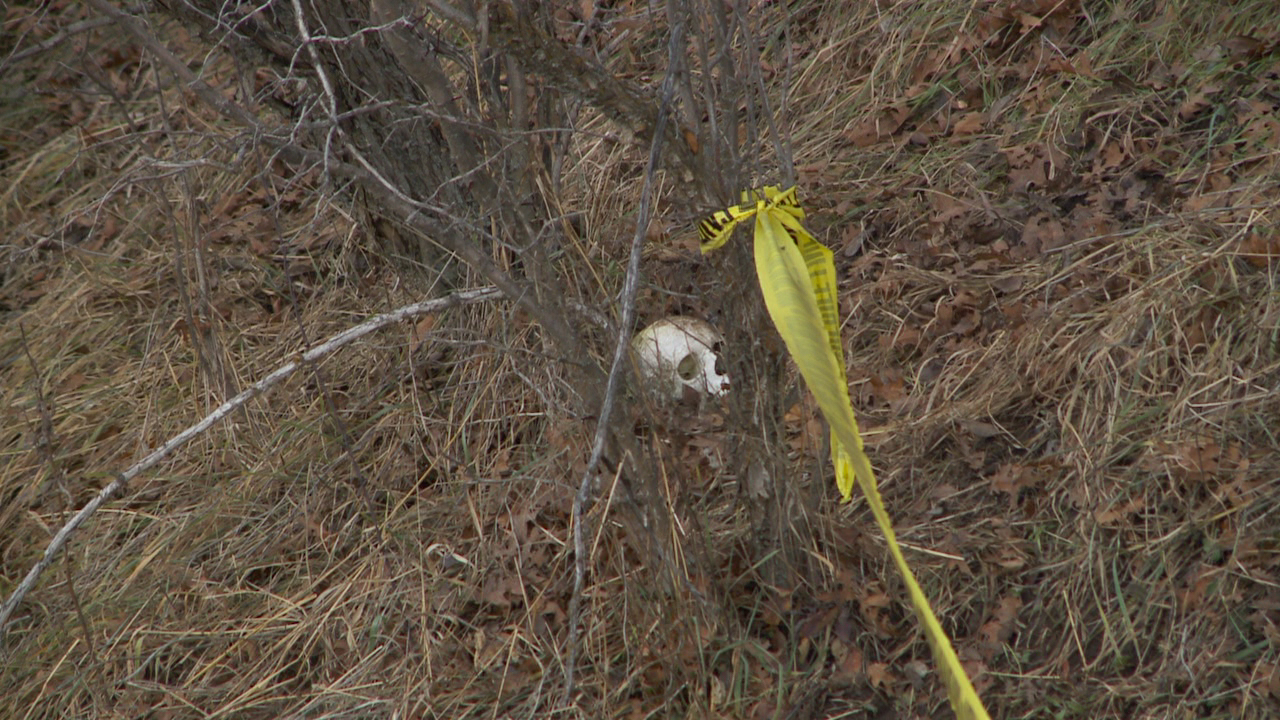